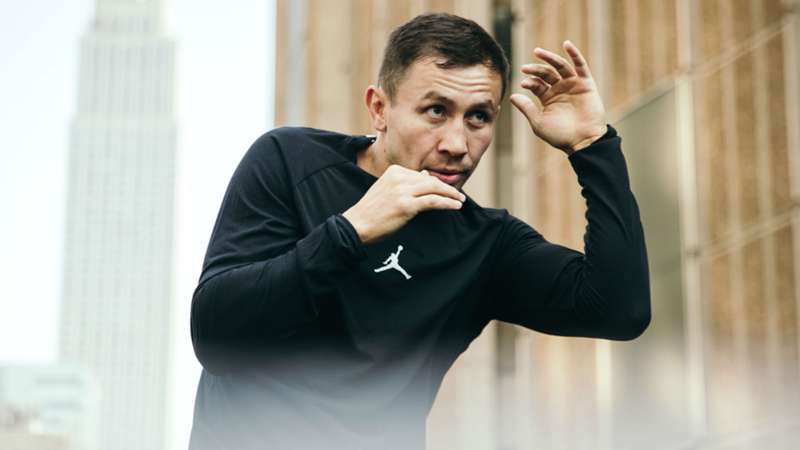 Gennadiy Golovkin was at one point a unified world middleweight champion. He has since lost all three belts he held between 2010 and 2018.

On Oct. 5, he will fight for a chance to win at least one of them back, facing Sergiy Derevyanchenko for the vacant IBF middleweight title.

Before you tune into DAZN to watch the fight, here are several facts you need to know about "GGG".

Perhaps one of the most impressive notes about Golovkin's career: He is one of the most profilic boxers when it comes to knocking out his opponents. Among his 39 wins, 35 have come via knockout. That 89.7 percent rate of knockouts in wins is the greatest among middleweight fighters in history.

His talent for sending opponents to the mat was on full display between Nov. 22, 2008, and Sept. 10, 2016, when he knocked out 23 consecutive fighters. Only two fighters were able to make it back to their corner during that span for a corner retirement to be called. Eleven of the knockouts were TKOs while 10 opponents were KO'd.

All boxers have moments of vulnerability, where they might need to drop to a knee or are knocked down. Well, at least most boxers. In his 41 total professional fights, Golovkin has never been knocked down, including his draw and loss to Alvarez.

Golovkin fought about 350 amateur fights before going pro, and it's believed he was never dropped in any of those, either.

Golovkin won his first WBA middleweight title belt in 2010, and he has defended that belt — among the others he eventually piled up — 21 times. He lost the belts to Saul "Canelo" Alvarez in a major decision on Sept. 15, 2018.

Not including the loss to Alvarez, Golovkin's title defenses have lasted an average of 5.65 rounds. Eighteen fighters who have stepped into the ring trying to take belts away from GGG were knocked out.

MORE: Will Canelo fight GGG in a trilogy?

It took nine bouts before Golovkin fought the full length of a professional boxing match. With an 8-0 record and eight knockouts to his name, Golovkin took on Mehdi Bouadla in September 2007 and won via unanimous decision in Germany. The fight lasted eight rounds.

Before Golovkin went pro, he represented Kazakhstan in the world championships and eventually at the Olympics. He took home gold at the 2003 World Amateur Boxing Championships before advancing to the 2004 Summer Olympics.

Though he advanced to the gold-medal round in Athens, he lost to Russian Gaydarbek Gaydarbekov in the finals to take home silver.

When HBO stopped showing boxing in Sept. 2018, Golovkin became a free agent searching for a new deal. His loss to Alvarez was the last fight he had on the long-time home for boxing.

A few months after Alvarez agreed to fight for DAZN, Golovkin joined him, agreeing for his next six fights to be shown on the streaming service. His first fight was a knockout on June 8 against Steve Rolls. His next fight on a DAZN card will be against Derevyanchenko for a chance to reclaim the IBF middleweight title belt.

Golovkin is the son of a Russian father and Korean mother. He had two older brothers, who both died fighting in the Russian army. He also has a twin brother named Max, who was once a fighter and now works with Golovkin's team.

Despite being the son of a Korean mother, he does not speak Korean. He does, however, speak Kazakh, Russian, German and English.

MORE: How to watch GGG vs. Derevyanchenko

Golovkin had been with Abel Sanchez since 2010, and the two worked together for his first world title on Aug. 14, 2010, to claim the WBA middleweight belt. However, on April 24, 2019, GGG parted ways with Sanchez, citing a "desire to build on what I have already achieved and continue to better myself." He hired Johnathon Banks to be Sanchez's replacement.

Banks, a former heavyweight and cruiserweight boxer with a 29-3-1 record, trained Wladimir Klitschko, who was a world heavyweight champion. GGG's first fight with Banks was his win against Rolls.

Despite hailing from Kazakhstan, Golovkin has fought only once in his home country, in 2011 for his first WBA (regular) middleweight title defense.

That fight was against Colombian Nilson Julio Tapia. In showing off in front of his native country, Golovkin knocked out Tapia in three rounds.

GGG began his professional career as a boxer in Dusseldorf, Germany, on May 6, 2006. He fought against Gabor Balogh and, in what now seems to be typical GGG fashion, knocked him out. Balogh hit the mat in the first round.

Golovkin's first 12 fights were all in Germany before he made his 13th in Denmark. He then returned to Germany for his next five fights. Since then, he has fought in Germany just once.