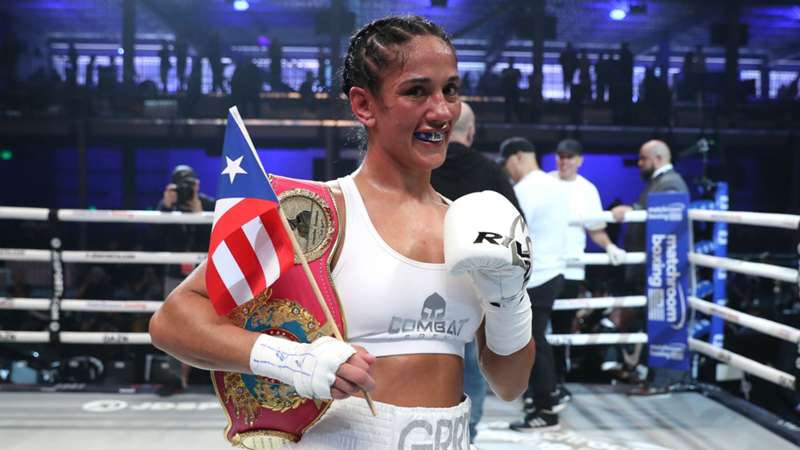 What a mega clash that would be.

All roads lead to this — a super fight between Katie Taylor and Amanda Serrano.

After destroying Simone Aparecida Da Silva via third-round TKO at the Meridian at Island Gardens in Miami on Thursday, Serrano didn't mince words in saying the bout with Katie Taylor is next. The seven-division world champion even has a location in mind for the mega clash.

"Of course, we have the Katie Taylor fight coming up," Serrano began telling DAZN following her victory. "Right now, it's pretty much a finalized deal. We're just finding out the location and then, it's going in there and fighting each other."

When asked where she'd like the fight to be, Serrano pinpointed one nation known for its fervent boxing fans.

"I don't care where," Serrano said, before carefully reconsidering. "The great thing about boxing is that you get to travel and I've never been to the U.K., so I would love to fight her there."

When the fight is cemented, it will pit boxing's only women's seven-division world champion, Serrano, against Taylor, just the third undisputed world champ in women's boxing history and the current WBO junior welterweight titleholder.

Taylor pummeled Serrano's older sister, Cindy Serrano, for an October 2018 unanimous decision, which should only add more intrigue to a Taylor-Serrano clash.

Taylor (15-0, 6 KOs) scored a unanimous decision of her own against Christina Linardatou to win the WBO junior welterweight title roughly two months later in her last time out.

Taylor called the bout with Serrano "probably the biggest fight in women's boxing," while speaking with Sporting News last year.

Well, now we're seemingly one step closer to seeing it.