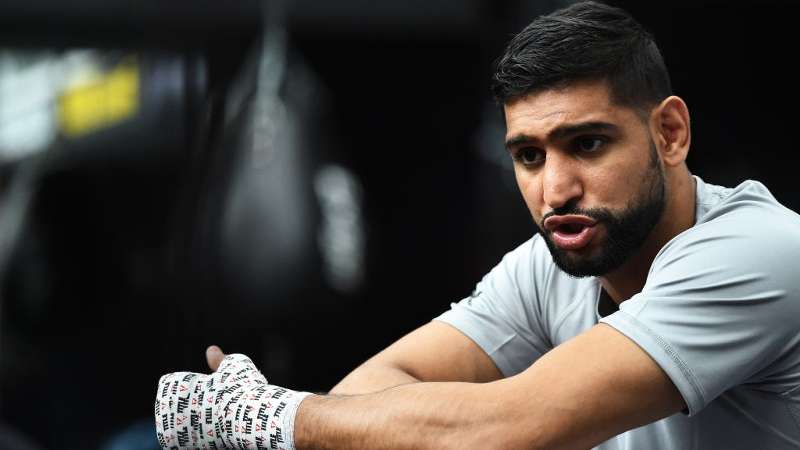 The 2004 Olympic hero has hung up his gloves after an incredible career.

Amir Khan has announced his retirement from boxing.

The Bolton star was defeated by long-time rival, Kell Brook in February, and like Brook he has decided to walk away from the sport after a superb 17 year career that featured so many memorable moments.

After capturing the hearts of a nation with his outstanding display at the Athens Olympics in 2004, Khan’s silver medal meant that he was on the radar of all promoters. He eventually turned professional in 2005 and immediately became a mainstream name due to his fights receiving terrestrial exposure.

Showing some vulnerabilities early in his career in terrific encounters with Willie Limond and Michael Gomez, Khan’s defences were brutally breached by Breidis Prescott in one round in 2008. The result could've been catastrophic, but Khan rebounded brilliantly to become world champion at 140lbs the following year when defeating Andreas Kotelnik.

After becoming a world beltholder, Khan’s focus shifted to the bright lights of America, and he played his part in some memorable encounters when resisting the threat of Paulie Malignaggi, Zab Judah, and Marcos Maidana. Despite a solid run in the States, Khan’s efforts for further dominance were thwarted in 2011 when he was beaten by Lamont Peterson.

More disaster was to come for Khan when he was stopped by Danny Garcia in four rounds in 2012. That loss signalled a move to 147lbs, and Khan did have some success there with wins over Luis Collazo and Devon Alexander.

Pursuing a mega-fight with either Floyd Mayweather or Manny Pacquiao, Khan would be frustrated in his pursuit, but the desire for a huge challenge instead took him to 160lbs.

Facing Canelo Alvarez in 2016, Khan’s desire to be the best fighter in the sport came at a cost as he was knocked out emphatically in the sixth session after making a decent start. The shattering loss would force him to rebuild his career against moderate opposition in Britain, but another shot at glory, against Terence Crawford in 2019, was too much to resist. Khan was once again defeated.

The final fight of his career was one that had been talked about since day one as he finally squared up to Brook. Despite his best efforts, Khan just couldn’t compete with his domestic rival, and he was well beaten in six rounds.

Although both fighters were past their best, it was a result that visibly shook Khan as the realisation his career was winding down hurt more than any loss.

An Olympic medallist, a world champion, and financially secure, Khan has ticked all boxes that every fighter desires. A huge talent with an even bigger heart, Khan belongs to an era of British boxing that made America take notice of boxers across the pond.

He leaves the sport with his head held high and all at DAZN wish him the very best moving forward.