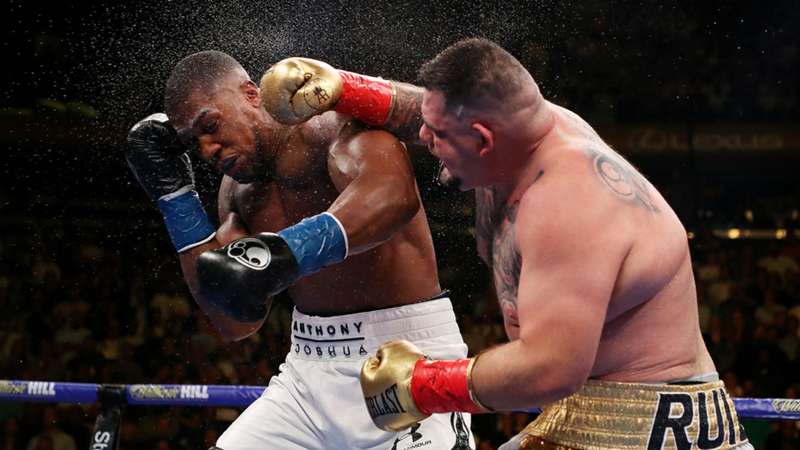 Imagine what it would do for the unified world heavyweight champion's legacy.

Now, just imagine if "The Destroyer" knocks out AJ even quicker in their rematch Saturday night at Diriyah Arena in Saudi Arabia, live on DAZN.

Ruiz, defending his unified world heavyweight title for the first time, is saying that it can be done ... especially if a trimmed-down Joshua gets in the ring and tries to box him.

"People haven't seen me cut off the ring," Ruiz Jr warned in a Matchroom Boxing press release statement. "I actually break them down even faster when they try to box me around. We all have a plan until we get hit, like Mike Tyson would say. I'm pretty sure he will want to box me around.

"One punch can change the fight," he continued. "That's what happened on June 1. It might be a little harder than the first time. I've got to show my skills, my talent."

Ruiz believes that his shorter stature and quicker hands will once again present a recipe for disaster for Joshua just like it did in their original clash, when the 15-1 underdog knocked the British boxer down four times toward the TKO.

"Especially me staying small. I don't think he likes fighting against that style," Ruiz said. "I don't think he's ever fought a short guy that pressures, and is pretty slick. I felt like I was boxing him around even though I was the shorter guy. I was counter-punching him. When he would throw, I would throw back with more punches.

"He saw something that he's never seen before," Ruiz added. "People said before, 'Who would you rather fight: Joshua, Deontay Wilder or Tyson Fury?' I always said Joshua because of his style. Styles make fights. His style was perfect for me to become the unified heavyweight champion."

Will Joshua's style remain perfect for Ruiz to defend that unified crown, though? "The Destroyer" is going to test that logic out in hopes of further cementing his own boxing legacy.