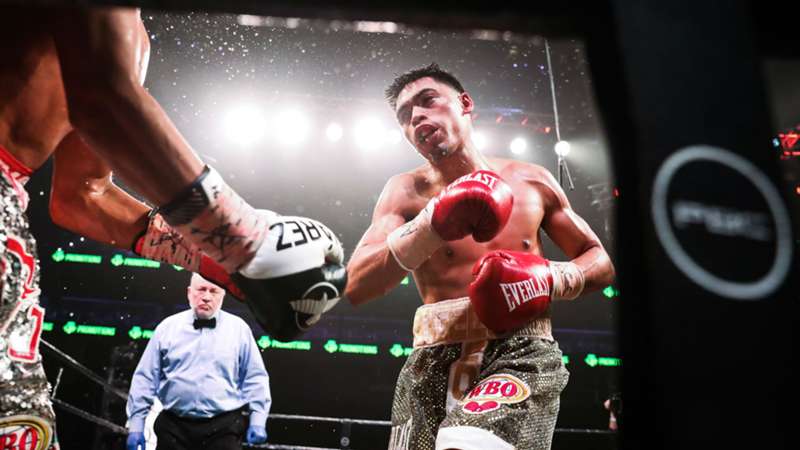 Two of boxing's top prospects will duke it out for gold on Saturday night as Angelo Leo and Tramaine Williams square off for the vacant WBO junior featherweight title at Mohegan Sun Casino in Uncasville, Conn.

Originally, Stephen Fulton had been set to face Leo. But on Wednesday, Fulton was removed from the fight after he tested positive for COVID-19 along with two members of his team. Taking Fulton's place in the headliner is Williams, who'd been scheduled to take on Raeese Aleem in the co-main event.

Leo (19-0, 9 KOs) started his pro career in January 2013, beating Julio Gomez via unanimous decision. The 26-year-old stepped inside the squared circle right at the end of 2019, stopping Cesar Juarez on the undercard of Gervonta Davis-Yuriorkis Gamboa.

"It would mean the world to me (to be the first champion from Albuquerque since the late great Johnny Tapia)," Leo said. "He was a fighter I look up to, and to become a champion out of Albuquerque says a lot about the city and a lot about myself. The goal is to become champion, and to represent Albuquerque in the process."

Here’s a complete guide to the Leo vs. Williams card.

What time is Angelo Leo vs. Tramaine Williams

The main card begins at 9 p.m. ET. Leo and Williams are expected to make their ring walks about 11:30 p.m. ET, although the exact time depends on the length of the earlier bouts.

How to watch Leo vs. Williams

Leo vs. Williams is available on Showtime and can be streamed on Sho.com.

How much does Leo vs. Williams cost?

The Angelo Leo vs. Tramaine Williams fight is not on pay-per-view and is available only on Showtime.

Where is the Leo vs. Williams fight?

Leo will fight Williams at Mohegan Sun Casino in Uncasville, Conn. It will mark the first time Leo and Williams have fought at the venue.