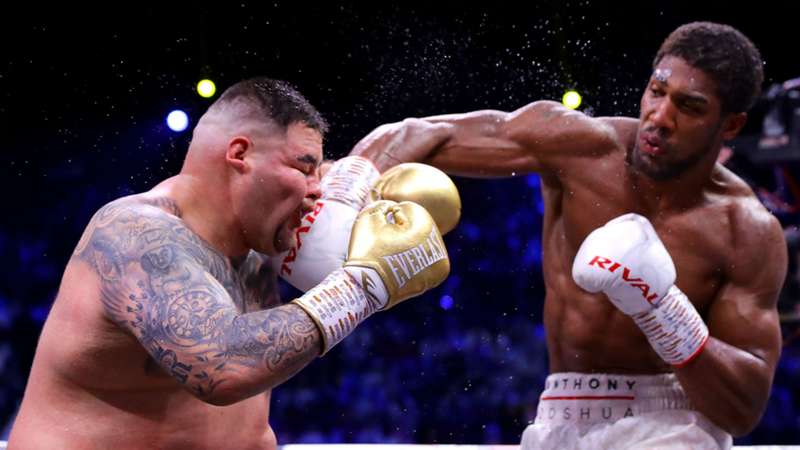 Before "The Clash on the Dunes" even took place, Anthony Joshua felt like there was going to be a trilogy fight against Andy Ruiz Jr. in the future.

After delivering a boxing clinic to reclaim the unified world heavyweight crown by defeating Ruiz via unanimous decision (118-110, 118-110, 119-109) at Diriyah Arena in Diriyah, Saudi Arabia, on Saturday, Joshua didn't budge from that prediction.

Joshua heard detractors following his loss to Ruiz on June 1, and he bounced back. Who's to say Ruiz can't either?

"I hear certain man say I should retire, I should retire ... come on, man," Joshua told Sky Sports about the aftermath of criticism he received following his seventh-round TKO loss to Ruiz back in June. "We love this sport. Andy, are you ready to retire?"

"Exactly! He's a warrior," Joshua said of Ruiz. "He wants to go again."

Joshua refused to engage Ruiz in a firefight Saturday, as he stuck to his game plan of pumping his jab and moving his feet to keep the "Destroyer" from mounting an attack and causing any significant damage. One would think the results would go the same way in a third fight as long as Joshua stays as disciplined as he was in the rematch, unless Ruiz enters such a bout in better shape. He tipped the scales 15 pounds heavier for the rematch than their original clash.

"It was his night," Ruiz said. "I don't think I prepared as I should've. I gained too much weight.

That's a big if, but Joshua seemed to double down on the trilogy moments later by saying that it will happen "without a doubt."

WBC heavyweight champion Deontay Wilder faces Tyson Fury in a rematch of their own Feb. 22. It remains to be seen if Joshua will face the winner of that bout, but such a bout would be for the undisputed crown.

That would definitely take urgency over another clash with Ruiz, but if the "Destroyer" can bounce back into the win column, perhaps the trilogy can take place down the line.