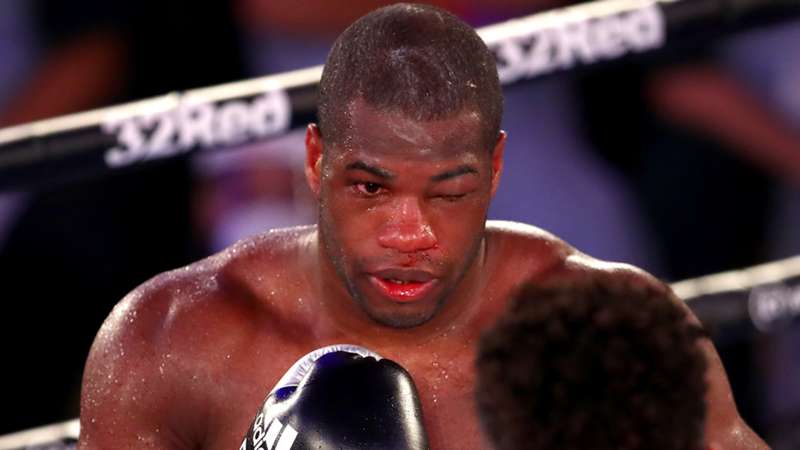 Anthony Joshua has spoken out in defense of Daniel Dubois, who has attracted criticism for the manner of his defeat against Joe Joyce.

Joyce defeated 23-year-old Dubois in ten rounds after he took a knee to force a count when his 35-year-old opponent landed a jab on an already swollen left eye.

Dubois has attracted criticism from plenty of fellow boxers, including Billy Joe Saunders, who claimed he would rather leave the ring without a pulse than take a knee.

It has since been reported that Dubois suffered a fractured orbital bone as well as nerve damage, and Joshua has suggested that withdrawing from the fight before its conclusion was an understandable choice.

Speaking in the Sun newspaper, Joshua offered his support.

“If Daniel needs someone to speak to, he should call me,” he said. “It is easy for people to criticize from outside the ring — but some people have been out of order. Daniel took a massive risk in taking that fight, as did Joe Joyce. They both knew the dangers and they both put it all on the line.

“I hear people talking respectfully about tapping out in MMA fights. Then when a boxer stops because his eyeball is about to fall out, they call him a ‘quitter’ — are they serious?

“Daniel’s time will come. I believe I will fight both him and Joyce. Joyce is underrated. He had a top amateur pedigree and it shows. This is a great time for British heavyweight boxing — it has never been stronger — and those two guys are both a huge part of it.”