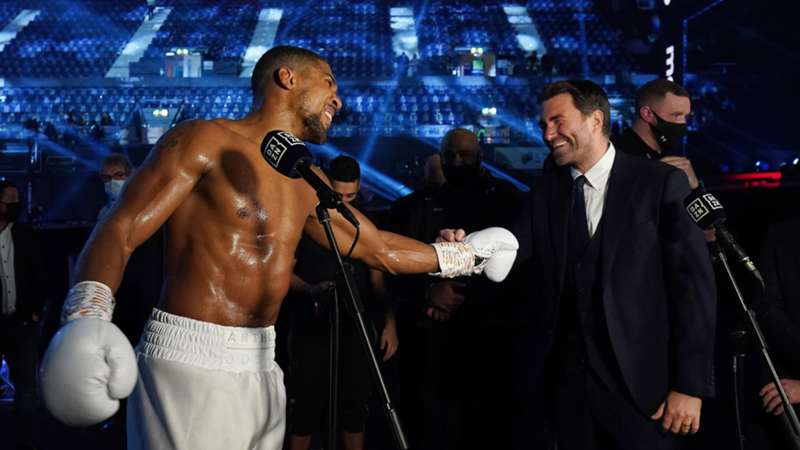 A huge fight is close to agreement.

Anthony Joshua has met with his promoter Eddie Hearn in order to chase down the final details of an agreement to fight Tyson Fury.

The Matchroom promoter told Sky Sports that there were ‘minor details’ left before a deal could be agreed.

Joshua will put his WBA, WBO, IBF and IBO belts on the line when he eventually faces Tyson Fury, the current WBC and Ring Magazine champion.

Talks are ongoing with Bob Arum, who has asked Hearn to stop giving week-by-week commentary on negotiations.

However Hearn said: "Contracts have been backwards and forwards.

“Only minor details to be resolved on both ends. We're in a good place.

"AJ was in the office yesterday with us. We had a good meeting to finalise our side of stuff.

Once details are confirmed over a deal, which is expected to secure a two-fight contract to generate at least tens of millions for each boxer, Hearn and other promoters will decide upon the venue with countries including the United States, Qatar, Saudi Arabia, Singapore and China under consideration.