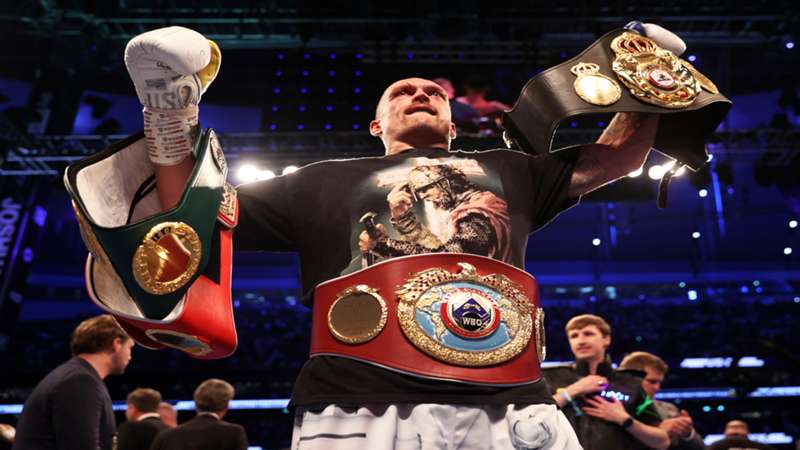 The new champion wants to fight in his home country.

The deposed belt holder was immediately keen to make sure he gets a second chance in order to win back the three belts that he lost during a disappointing defeat on Saturday.

Usyk’s team hopes that they will be able to host the second bout in Kiev, Ukraine, in February.

Usyk appeared at a press conference with his promoter Alexander Krassyuk, who announced the plans..

"The rematch was specified in the contract," Krassyuk said . "It has already been activated in principle, from the side of Joshua.

"So I remember when we discussed with Oleksandr the issue of rematch, he was delighted and said 'Wow, cool, I will beat [Anthony] twice.'"

While Eddie Hearn is not keen on a trip to Eastern Europe, Usyk defended the choice.

Usyk asked: "How does Hearn know that in February at Olympic stadium it is bad to box?

"Has he ever fought in February at the Olympic?"