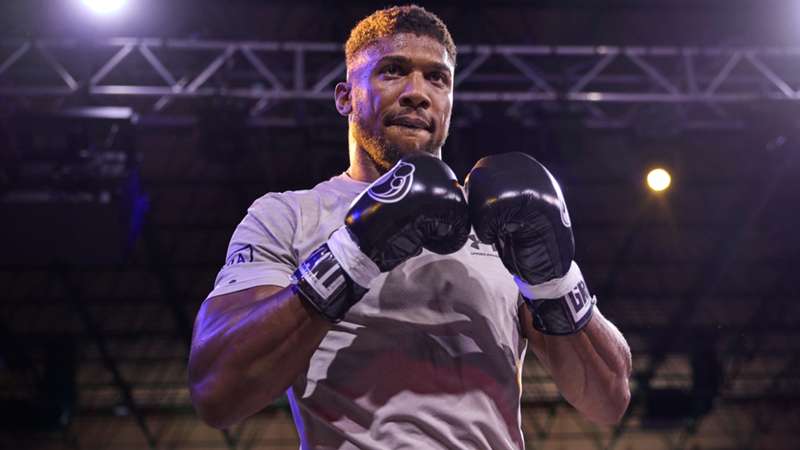 There's the old sports adage, 'The bigger athlete you become, the more you get criticized'.

The statement rings true for Anthony Joshua heading into Saturday's rematch against Oleksandr Usyk, which you can see on DAZN in the United States, Canada, and 190+ territories around the world (excluding the UK, Ireland and Ukraine).

Beyond Canelo Alvarez, Joshua is one of the two most prominent attractions in boxing. Anything Joshua does inside or outside the squared circle, good, bad, or indifferent, is heavily scrutinized. Fair or unfair, it comes with the territory of being a two-time unified heavyweight champion, Olympic gold medalist, selling out arenas and stadiums around the world, and looking like The Incredible Hulk. Ninety-nine percent of the people wouldn't be able to handle the heat in the kitchen. Joshua explains how he deals with the negativity and knows he isn't the last person to deal with the increased spotlight of his every move.

"Just trying to plan. Just planning that once negativity is done, now I’m going to enjoy my life," Joshua told DAZN on Wednesday. "I'll take the s—. I'll take it. Give me all that s—. And then once I'm done, no care about me no more. Give me all this s—now. I'm not craving attention either. I'm just hustling. It's just a hustle right now. I just think to myself, ‘Give me all this s—. And then in about ten years, you're going to be giving someone else s—as well’. I'm going to be sitting there looking at that young kid like, ‘Man, I know exactly how you feel. I went through the same s—you went through as well'. It's just a passing of the torch. I'm just taking this s— a mile a minute, and someone else will in the future."

Mental health has been an issue worldwide for a very long time. Now, it's starting to come to light in boxing. Bringing it up in the past had been considered taboo because boxers are supposed to be tough, but they are human like everyone else. Ryan Garcia, Danny Garcia, and Adrien Broner have recently admitted to having mental health issues.

"It's tough,"Joshua admits when asked how he handles his mental health. "Like when I spoke about Mike Tyson earlier, we all go through these things. I don't think about losses, but I do think about how people in previous eras dealt with it because a lot of fighters have dealt with mental health issues.

"I just hope that these guys stay strong during these times. You have to be strong-willed, strong-minded, and before you know it, you're sitting in freedom until retirement in boxing. It doesn't last forever. So if you can just stay strong through these times. I think a lot of mental health comes from outside sources as well. Information that you take in and what you hear and always trying to battle the negative and criticism potentially. If that's the case, you have to be so solid inside that it doesn't bother you or affect you. So that's where boxers even though on the outside, we’re so physically conditioned, and we've trained for the fight. It's what's happening up here (points to his head). And that's where I think we have to really, as individuals, put ourselves on camera, even though people may look at you like what an idiot. Mentally you can get eaten up and just so detrimental to anyone's progression. So I hope they're in better places because in the future, things only get better, so stay strong."