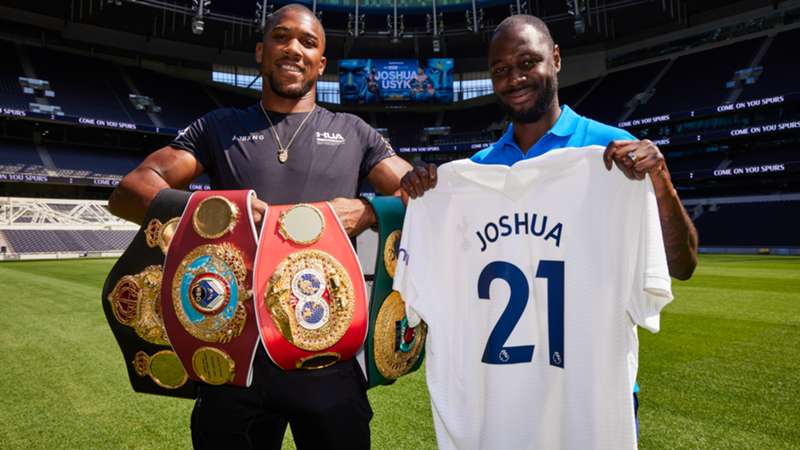 Over 60,000 fans will be at the Tottenham Hotspur Stadium to witness the bout.

Tickets for Anthony Joshua's IBF, WBA, WBO and IBO heavyweight world title defence against Oleksandr Usyk at Tottenham Hotspur Stadium on September 25 have sold out within 24 hours of going on sale.

Joshua has sold out stadiums and arenas across the world, and the Usyk fight sees the British heavyweight return to England's capital for his fifth stadium fight.

Over 100,000 fans were waiting in the StubHub ticket queue to secure a seat for the fight between two gold medallists from London 2012. Joshua won gold in the super-heavyweight division, while Usyk was victorious in the cruiserweight competition.

Usyk dominated the cruiserweight division and was crowned the undisputed champion at 200lbs, beating Marco Huck, Mairis Briedism Murat Gassiev and Tony Bellew before moving up to heavyweight in October 2019.

The Ukranian is undefeated at heavyweight after wins against Chazz Witherspoon and Derek Chisora last October, but Joshua will be his toughest test to date.