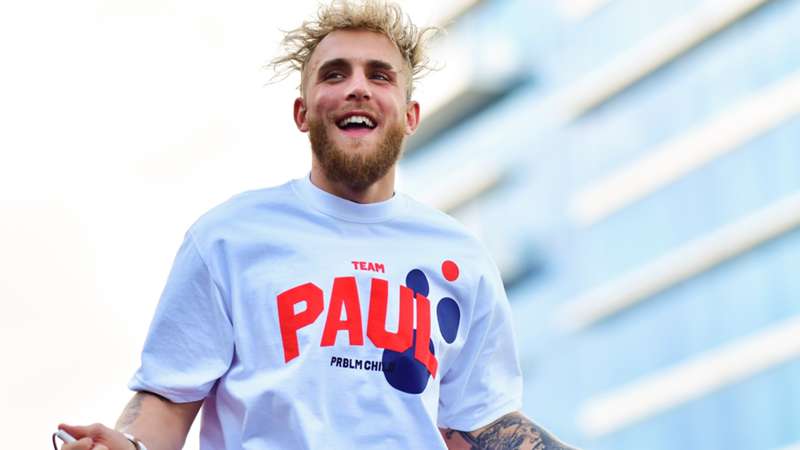 Check for Canelo-GGG 3 on DAZN in your country

Jake Paul and Tommy Fury were set to meet next month before visa issues cancelled the fight.

It may not be what some boxing fans wanted to hear, but Jake Paul vs. Tommy Fury was going to be one of the biggest boxing events of the year.

The pair were finally set to meet on August 6 at the historic Madison Square Garden, but the fight was then cancelled after visa issues stopped the British light heavyweight from travelling to the United States.

The fallout from this incident has resulted in numerous exchanges on social media between Paul and Tommy, but when DAZN spoke exclusively to Tommy’s father and trainer, John Fury, courtesy of Freebets.com, he expressed some concern about his son’s preparation for a career-high payday.

“Tommy wasn't exactly in training, he'd only had about 10 days because he'd been on holiday and it was a surprising thing for him. I was a way out of it doing these tours and being busy elsewhere so I never got the chance to look at it properly,” Fury said.

“When I've paid attention, I noticed the whole thing wasn't right anyway but I said ‘Okay, it is what it is, if you want to go over there and box him, do it. You're experienced enough now and it's a 50/50 platform. I know you could be fitter, you're overweight, but it's entirely up to yourself because I'm busy and I can't do it.’

“So, he said "Okay then, I'll do my own thing and I'll go fight him anyway because I can beat him.’”

While a fight with Paul may not be on the immediate horizon, Fury is still convinced his son Tommy will be able to beat the YouTuber turned boxer if he prepares for the fight properly and he can return to coaching him full-time.

“Beating a Jake Paul is not a problem, by the way. We don't look at him as any kind of a threat at all,” Fury claimed.

“I think he realises now that he's got to get full time training, he needs a good eight week camp, I'll tweak him up whenever I can when I'm home for a few days here and there during the tour. I can have a look in and see what he's doing.

“At the minute we're just working on cardio and weight loss because he's something like 105 kilos at the minute, he's got to get right down to about 90, so he's got a bit of work to do.”

When the pair were originally set to meet last December, the build-up was entertaining for both the right and wrong reasons. During a virtual press conference between Paul, and the Fury camp which consisted of John, Tommy and his brother Tyson, there were a number of unglamorous exchanges. But while some fans saw this as ‘staged’ in order to generate interest, Fury admitted to DAZN that his emotions took hold after some hostile messages were exchanged between the two.

“I think a lot of it stemmed from what he'd [Paul] been messaging Tommy,” Fury began.

“He was messaging him graphic stuff about his girlfriend. When I saw him, he started swearing first and I don't even swear, but what I said I said. When you listen to the graphic stuff Jake Paul is saying about Tommy's girlfriend which isn't nice, the girl was very upset by it and I think my emotions got the better of me.

“These things happen in life, but do I regret what I said? No, I don't.”

Following the news that Tommy was unable to face Paul, Hasim Rahman Jr. was named the replacement opponent, and while it will be ‘The Problem Child’s’ first fight against a professional boxer, Fury predicts that Paul will be able to overcome the biggest test of his professional boxing career so far.

“He looks tidy Rahman doesn't he? I know he lost his last fight, he got knocked out by a heavyweight kid, but he actually looks technically a lot better than Jake Paul to be fair with you.

“I'll put my money on Jake. Even though I don't think he's as good as Rahman if you know what I mean.”