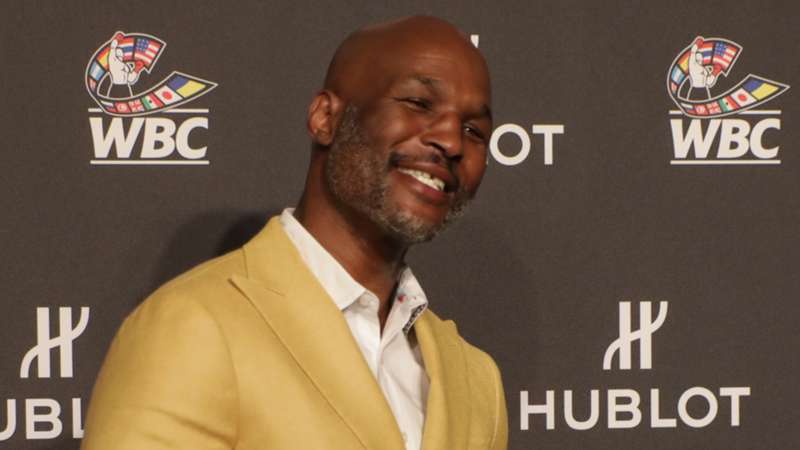 The boxing legend explains why he's higher on a potential fight between Canelo Alvarez and Jermall Charlo than a Canelo-Gennadiy Golovkin trilogy.

Canelo Alvarez vs. Gennadiy Golovkin III isn't the middleweight title unification clash that Bernard Hopkins wants to see the most.

"That's what I want to see," Hopkins said.

"Whoever is not on their game, they will experience an 'L' or a knockdown, knockout drag-out type of ending," he asserted about Alvarez and Charlo, neither of whom has ever been knocked out.

Not only that, but Hopkins believes that the fight can present itself sooner than fans might think.

Indeed, Alvarez has built a 53-1-2 (36 KOs) record as arguably the face of boxing to Charlo's mark of 30-0 with 22 KOs as his own star power continues to rise. So, one could see its potential on paper alone.

That being said, Hopkins downplayed Canelo-GGG III during the same chat, as he believes that Alvarez has learned enough from their first two battles to end a third fight "early."

"You really want to see that?" he shot back to a fan clamoring about it. "Listen, I don't think anything is going to happen any different (from their second fight).

"Eh, yes it is," he added in a quick change of heart. "I think that Canelo has the blueprint — definitely (from) the second fight — to end it early. OK, you beat him twice, now you knocked him out the third time."

After the two rivals fought to a controversial split draw in September 2017, Alvarez scored a majority decision win in their rematch the following September.