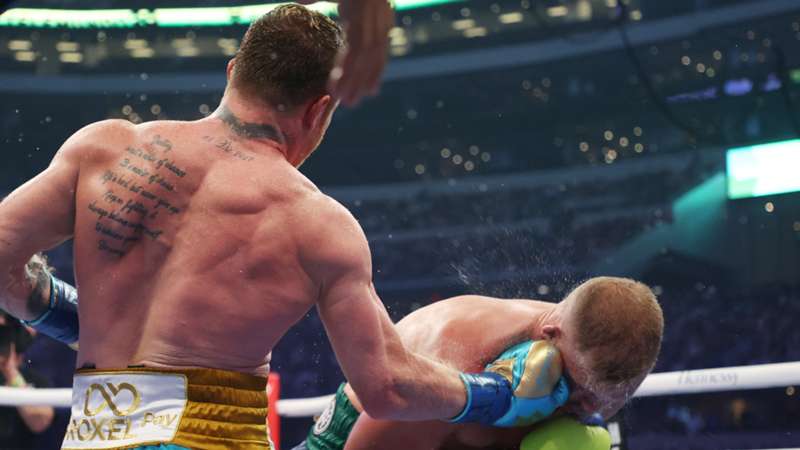 Have we seen Billy Joe Saunders inside a boxing ring for the last time?

Billy Joe Saunders has finally broken his silence in his first interview since losing to Canelo Alvarez last month. Although he did release a short statement in the fight’s aftermath, Saunders has given no indication on his future in the weeks following his loss but that has all changed now.

After remaining on his stool after the eighth session due to a facial injury, Saunders surrendered his unbeaten record and WBO super-middleweight title to the impressive Mexican. The 2008 Olympian has finally provided his verdict on his most recent conqueror.

“He’s a very, very good fighter. He’s a very good fighter, very tricky,” said Saunders to Talksport. “When I got in the ring with him I thought, ‘Is this it?’ I expected more, but I suppose everybody’s gonna be like that going into that sort of fight.”

With options still plentiful for Saunders in the shape of lucrative fights with Chris Eubank Jr and Callum Smith, a path to return to the top still exists for him. Despite such opportunities, the former two weight world champion has admitted that retirement is an option.

“At the end of the day, I’m 31 years old, if I don’t ever wanna work again, wanna sit back, wanna chill, I can do that. I’m 31, I haven’t took no punishment, I haven’t been battered from pillar to post, brain dead and can’t put a sentence together, so I need to sit back and look at my options.

“Because the options have to weigh up – the thought of me just coming in and fighting for a world rating or something, belts don’t feed the kids.

“I’ll have a chat with my dad because he’ll have a big say in it. To be fair it will be more or less down to my dad in the conversation more than me if I’m honest. “If he says, ‘Leave it son, don’t go back for more,’ then that’s probably what I’ll do.”

Canelo vs. Saunders was shown live on DAZN worldwide (except Mexico). To watch this fight, and many others, in DAZN's extensive archive, subscribe here.