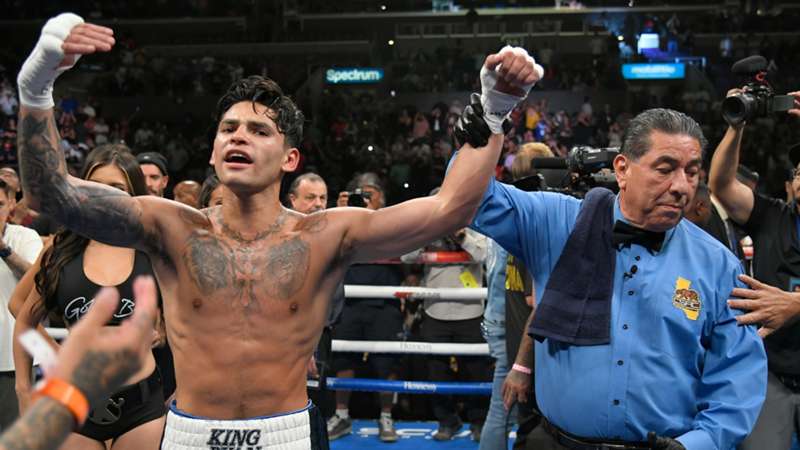 The veteran promoter has had his say on recent speculation.

Top Rank’s Bob Arum has claimed that it will be easy to make a fight between Teofimo Lopez and Ryan Garcia.

The two former lightweights have moved up to 140lbs after making their names five pounds lighter.

Lopez fights Pedro Campa in his super lightweight debut this weekend but he has already suggested Garcia, Jack Catterall or Josh Taylor could be next.

Garcia has discussed Gervonta ‘Tank’ Davis as a possible fight but Floyd Mayweather is not keen to let that fight happen at 140lbs.

Speaking to Fight Hub TV, Arum said he’d be open to the fight.

“With all due respect, I've never talked to Ryan Garcia in my entire life. And it would be inappropriate for me to talk to him,” he explained. “Oscar and I have a long history together, and if Oscar is interested in making that fight, I certainly would entertain it, and we can sit down and talk. But I'm not going off of what any particular fighter says. If his promoter comes to me and says let's talk business, then given our past relationships, I think it would be relatively easy to make that fight.”

However, Arum claimed he had never watch Garcia fight, saying: “I've never seen [Garcia] fight. Never any film, nothing. From what I read, he seems like a good, competent fighter. If I saw him fight, what difference would it make? The matches are made by our matchmakers … I never have even seen Gervonta Davis fight. I live a regular, normal life. It’s not just about boxing.

“I don't pay that much attention to fighters who fight on other platforms just because we have so many fights on our platform, and I've got to live a balanced life. So I can't spend time when I am not promoting my fights watching other fights or else I wouldn't have any kind of life.”