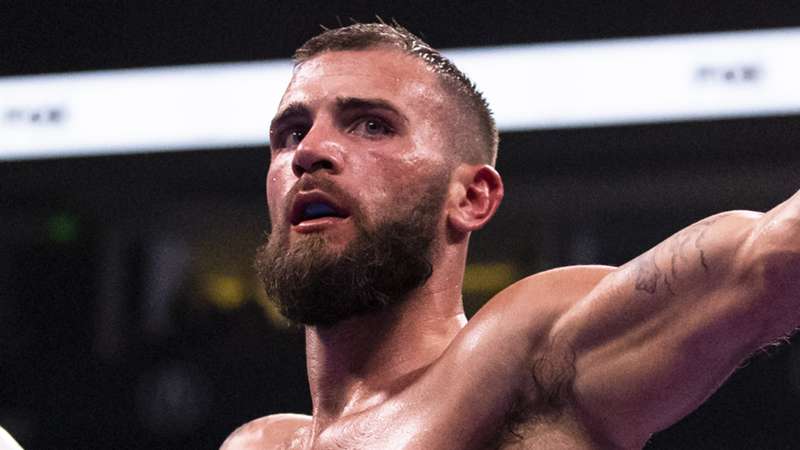 The IBF super middleweight champ also said that he just doesn't think that Jacobs is an A-list boxer.

During a recent interview with FightHype.com, Plant referred to Jacobs as everything from "old" to "on his way out" and someone whom he'd love to "put a boxing lesson on."

He added moments later: "By the time that I do become a mega star because I will, he’s already messed it up. He’s not a mega fighter, and we can’t have a mega fight. You’re old, and you’re on your way out. They’re not going to let that happen."

All that being said, Plant (20-0, 12 KOs) said that he'd love to use Jacobs as a proving point and stepping stone on his way to that superstardom that he's promising.

Plant's pointed shots toward Jacobs come after the former middleweight champion rebounded from his loss to Canelo Alvarez in May and moved up to the 168-pound division in December to make Julio Cesar Chavez Jr. quit after the fifth round.

Jacobs (36-3, 30 KOs) recently assessed all the super middleweight champions and rated Plant last — a classification that probably triggered the return fire from Plant.

"I would probably put Plant at the bottom of those names you just named," Jacobs told Matchroom Boxing USA president Eddie Hearn during an Instagram Live chat late last month.

"I think Plant is good, but I think he could be beat," Jacobs tacked on. "He's beatable. I see a lot of flaws in his game."

At 33, Jacobs has registered nearly double the amount of pro fights than the 27-year-old Plant.