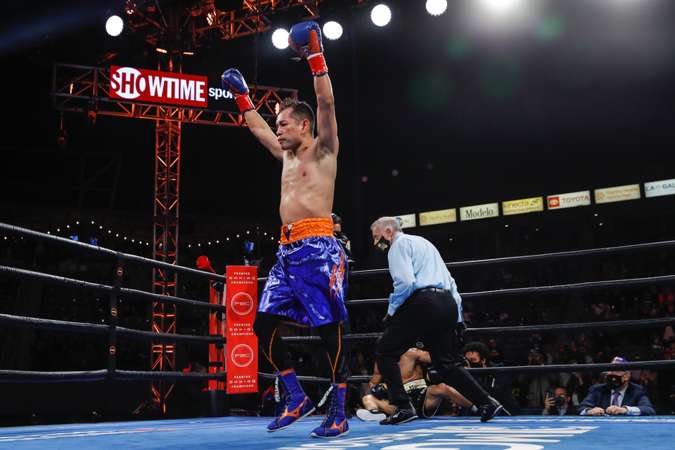 Kenichi Ogawa is looking to make a successful world title defence against Joe Cordina this weekend.

As Kenichi Ogawa looks to enhance his legacy against Joe Cordina this weekend, DAZN takes a look at some of the fine Asian fighters who came before him.

The legendary Filipino enjoyed a remarkable career that lasted 26 years and was consistently fought at the highest level. His retirement in 2021 brought widespread respect and acclaim from the sporting world as a true icon of boxing walked away following a points loss to Yordenis Ugas in another world title fight.

A regular fixture at the highest level amongst the lower weight classes, Nonito Donaire has been good for boxing and contributed massively in terms of achievement and entertainment. Based in America early on his career, Donaire rose to prominence in 2007 when stopping Vic Darchinyan to become world champion at flyweight.

Climbing through the weight classes all the way to featherweight, Donaire has also had to endure numerous setbacks despite possessing enormous success. In 2022, 15 years after his first world title win, Donaire is still a threat to elite fighters and is hoping to get revenge on Naoya Inoue later this month following their 2019 classic.

After only eight fights, Naoya Inoue was already a two-weight world champion thanks to destructive wins over solid operators such as Adrian Hernandez and Omar Narvaez. After destroying Jamie McDonnell in one round in 2018, Inoue added further honours to his profile by becoming WBSS champion the following year with a memorable victory over Nonito Donaire.

Set to face Donaire again in June 2022, Inoue will be confident that he can repeat victory against the popular Filipino before setting his sights on other targets in the lower weight classes. Could we see the likes of Roman Gonzalez and Juan Francisco Estrada step up to face Inoue in the near future?

Chris John’s incredible reign as WBA featherweight champion saw the Indonesian fighter register remarkable wins in his homeland before testing himself in America. Suffering only one defeat in his extensive career, John’s superb ledger perhaps doesn’t get the respect it deserves due to his decision to predominantly fight at home, but it doesn’t hide just how capable he was at world level.

After defeating Oscar Leon in 2003 to capture a version of world glory, John went on to defeat a number of excellent names including Derrick Gainer, Rocky Juarez, and the legendary Juan Manuel Marquez. In 2013, John was defeated by Simpiwe Vetyeka, and with that loss, he decided to hang his gloves up following a brilliant spell as world champion.

A memorable reign with the WBC belt at bantamweight, Shinsuke Yamanaka was a formidable world champion who made the very best of his advantageous attributes during his era of dominance. Halting Christan Esquivel in 2011 to become world ruler, Yamanaka became a hero in Japan thanks to numerous outstanding displays.

Retaining his crown a dozen times, Yamanaka was denied further successful defences when he ran into Luis Nery in 2017. Despite losing to the Mexican, Nery was later stripped after failing a drugs test. A rematch the following year saw Yamanaka stopped in two rounds and that was enough for the heavy-handed southpaw to call time on his career.