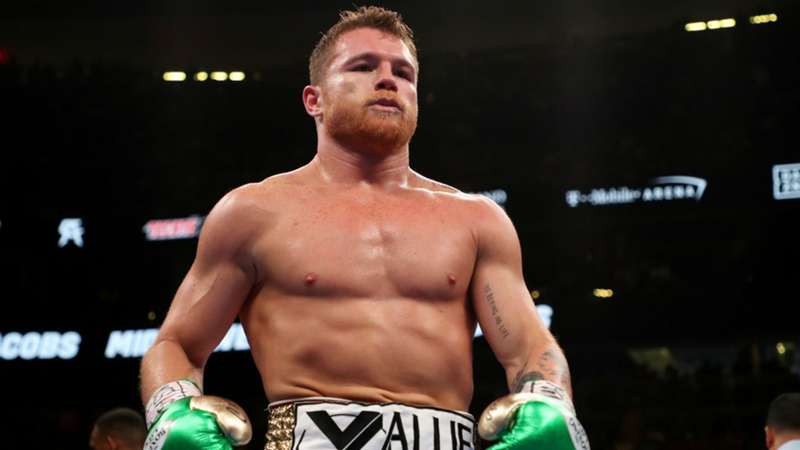 Saul "Canelo" Alvarez is one of boxing's brightest stars. His earnings to this point would certainly serve as an indicator for his success.

There are few boxing stars in today's sport that rival the name of Saul "Canelo" Alvarez. The 29-year-old Mexican boxer has dominated in each weight class he has been in, competing at junior middleweight, middleweight, super middleweight and light heavyweight.

These days, to fight Alvarez means a likely heavy payout. But Alvarez has already secured his pay for the foreseeable future. The star boxer signed a five-year, $365 million deal with DAZN in October 2018. He last fought in November, jumping up two weight classes to knockout Sergey Kovalev in the 11th-round to capture the WBO light heavyweight

Here's how Alvarez has accumulated his fortune and where he stands among the wealthiest athletes in the world.

Canelo Alvarez net worth: How much does he make?

As of July 9, Alvarez has a net worth of $94 million, per Forbes. He is the fourth-highest paid athlete behind only a trio of soccer stars — Lionel Messi, Cristiano Ronaldo and Neymar. The next closest boxer is Anthony Joshua, another fighter signed to a DAZN deal, who checks in at No. 13.

Alvarez's contract with DAZN was, at the time, the largest contract signed by any athlete until Mike Trout signed a 12-year, $430 million deal with the Angels.

According to Celebrity Net Worth, Alvarez has a net worth of $120 million.

Aside from Alvarez's contract with DAZN and previous deal with HBO, Alvarez has pocketed plenty of high-dollar earnings from past fights. He took home an estimated $12 million in a fight against Floyd Mayweather Jr. on Sept. 14, 2013. He then added $25 million in a fight against Amir Khan on May 7, 2016. His two fights against Gennadiy "GGG" Golovkin, against whom Alvarez drew and then beat by majority decision, netted him an estimated combined $70 million. Three fights into his deal with the global streaming service, Alvarez's made $85 million.

Alvarez has a number of endorsements currently signed, having deals with Under Armour, Coppel Tecate, Hennessy and Everlast.

Alvarez started his endorsement with Under Armour in 2012, having worn gear from the company during fights and training. The fighter's gloves have been Everlast since 2014, and he has appeared in ads promoting the company.

He later agreed to a deal with Tecate, a Mexican beer producer owned by Heineken, in 2016. That deal was enabled by his promotion company, Oscar de la Hoya's Golden Boy Promotions.

"The new partnership with Tecate establishes Canelo as the biggest star in all of boxing, period," Oscar De La Hoya, the chairman and chief executive of Golden Boy Promotions, said at the time of the deal.

Alvarez later partned with Hennessy, a cognac producer, in 2017. He fights under the mantra "Never Stop. Never settle."

Alvarez is currently working with De La Hoya as his promoter with Golden Boy Promotions. He first signed with the company back in 2010 after he had fought in 31 bouts, and has worked with them ever since.

"I want to show everyone that I will be a world champion and that I'm ready to fight the best fighters in the world," Alvarez said at the time of the announcement. "The opportunity to work with Golden Boy is definitely one that I could not pass up as I feel it will help me achieve my goal of reaching my full potential as a fighter and becoming a huge success in boxing."

Alvarez is active on social media, having amassed 1.5 million Twitter followers, 6.7 million on Instagram and over 3 million on Facebook. He shares updates on charity events and upcoming fights primarliy on his accounts.

A man of Alvarez's stature can have any car and house of his choosing. Alvarez previously lived in San Diego but sold the six-bedroom, seven-bathroom 11,970 square-foot home in October 2015 for $6 million.

Do you wanna fly? 🤔 pic.twitter.com/gUGrzpVCK6