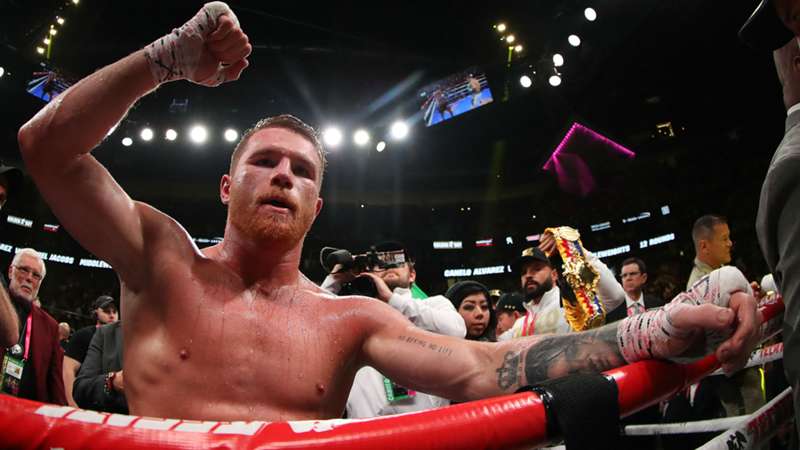 Saul “Canelo” Alvarez has shown he is willing to face the best fighters in the sport. He took on Floyd Mayweather Jr. at the age of 23, fought two highly competitive bouts against Gennady Golovkin and fought the likes of Erislandy Lara and Miguel Cotto.

Alvarez is proving this once again, as on Friday it was announced that Alvarez would make the trek up two weight classes to challenge Sergey Kovalev for the WBO light heavyweight championship on Saturday, Nov. 2 in Las Vegas, live and exclusively on DAZN. A win by Alvarez would be his fourth world title in four different weight classes.

“The second phase of my career is continuing just as we had planned, and that’s why we are continuing to make great fights to enter into the history books of boxing,” Alvarez said in a press release. “That’s also why I’ve decided to jump two weight classes against one of the most feared champions of recent years. Kovalev is a dangerous puncher, and he’s naturally the bigger man, but that’s the kind of challenges and risks that I like to face.”

Alvarez (52-1-2, 35 KOs) defeated Daniel Jacobs in May to add the IBF middleweight title to his WBA and WBC belts. Many thought he was then headed toward a trilogy bout against Golovkin, but a deal didn’t come together. Alvarez’s team had talks with IBF mandatory challenger Sergiy Derevyanchenko, but ultimately, that fight didn’t happen, either, and Alvarez was stripped of his IBF belt.

Kovalev (34-3-1, 29 KOs) will be participating in his 17th consecutive world title bout. He most recently fought Anthony Yarde on Aug. 24 in Russia. He struggled early on with Yarde’s speed but was able to take control of the fight. However, in the eighth round, Yarde connected on a couple hard body shots to nearly put the 36-year-old away.

Between rounds, Kovalev’s head trainer, Buddy McGirt, told Kovalev that if he didn’t show him anything during the ninth round, he would stop the fight. “The Krusher” came out and dominated the rest of the bout, putting Yarde away with a stinging jab in the 11th round. Now, Kovalev has the opportunity to dethrone one of top pound-for-pound fighters in the world.

“In order to be the best you have to beat the best,” Kovalev said. “I have always tried to fight the toughest opponents in my division, but many have ducked me throughout my career. Canelo wanted to fight me; to step up to higher weight and challenge for my belt. I will be ready on November 2.”