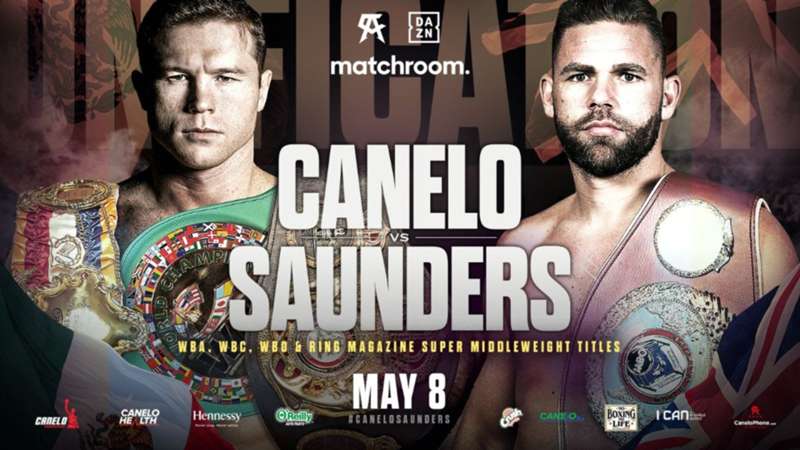 The British promoter wants a fair fight for his two fighters.

Eddie Hearn wants at least one British judge on the panel when super middleweight champions Canelo Alvarez and Billy Joe Saunders meet on May 8.

The fight was announced in the immediate aftermath of Alvarez’s victory over mandatory challenger Avni Yildirim in Miami, Florida.

The Mexican is on a mission to unite every belt in the division and holds the WBA and WBC titles, with Saunders the current WBO champion.

Alvarez will be the heavy favourite, and Hearn is concerned that Saunders will not have a judging representative from his home country.

Speaking to BoxingScene.com, Hearn said: “I think we need a neutral panel.

“And also, when [Alvarez is] the biggest star like that, sometimes you get the benefit of the doubt with the crowd noise in close situations. So, we’ll see. It’s gonna be Las Vegas or Dallas, probably, and we’ll decide within the next week, maybe, two weeks max.”

“We will push for a British judge,” Hearn continued. “That’s the way it should be because it’s champion versus champion. It’s not just, you know, it’s all Canelo Alvarez. This is a world champion fighting a world champion. So, that’s something that we will be insistent on.”

Hearn most recently hit out at judging scores for the Zelfa Barrett vs. Kiko Martinez bout in February.