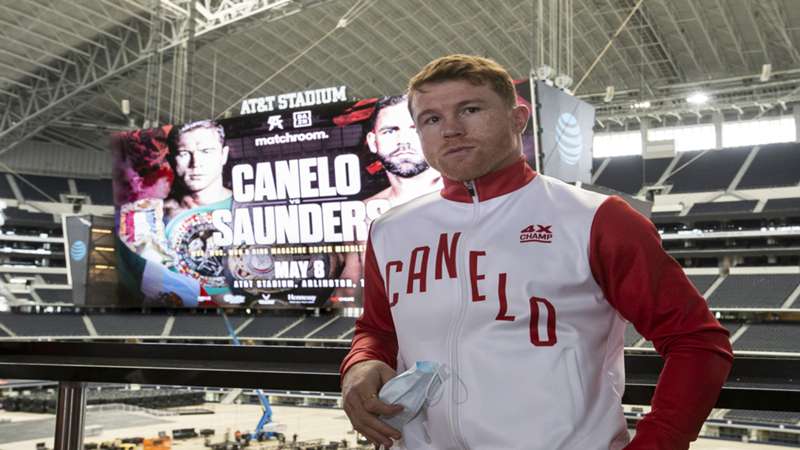 The next major boxing event takes place on Saturday from Arlington, Texas.

After one bout at 168 pounds in December 2018 when he pummeled Rocky Fielding to win via third-round TKO, Alvarez beat Daniel Jacobs via unanimous decision at middleweight and then ventured up two weight classes to light heavyweight, where he knocked Sergey Kovalev to capture the WBO belt. Now, Alvarez is making 168 pounds his home in hopes of becoming the undisputed super-middleweight champion.

He claimed two of the belts in December when he dominated Callum Smith from start to finish to claim the WBA (super) and the vacant WBC titles. Ten weeks later, Alvarez battered Avni Yildirim to the point where he didn't come out for the fourth round to retain his belts. Standing in the way of his path to becoming the four-belt champion is Saunders.

Saunders is a two-division world champion. The 31-year-old captured the WBO middleweight title from Andy Lee in December 2015. He made three title defenses before relinquishing the belt after testing positive for a banned substance.

Instead of remaining at 160 pounds, Saunders decided to embark on a new journey and move up to 168 pounds. In his first fight at his new weight class, Saunders defeated Shefat Isufi to capture the vacant WBO championship in May 2019. Saunders knocked out Marcelo Esteban Coceres in the 11th round on the Logan Paul-KSI undercard and then bested Martin Murray to earn the opportunity to face off with boxing's biggest star.

Alvarez (55-1-2, 37 KOs) has faced them all: Floyd Mayweather Jr., Gennadiy Golovkin (twice), Miguel Cotto, and Kovalev. But the one thing he's had problems with in the past is taking on southpaws. He struggled against Erislandy Lara and Austin Trout but still found a way to get past them.

It's gotten a bit chippy between the two during fight week. Saunders was upset about the size of the ring, which led to a short confrontation between the two on Tuesday and then a heated staredown on Wednesday with Alvarez and Saunders jawing back-and-forth. Things looked like they could get physical, but both fight camps intervened and had to be separated.

Canelo just came thru the lobby to head into the private training room and exchanged words with Saunders’ team over the ring size dispute - Canelo just kept callin them “pussies” #CaneloSaunders pic.twitter.com/11hWaZQhUg

CANELO & SAUNDERS FACE TO FACE FOR THE FIRST TIME 🗣🍿 pic.twitter.com/2UWAsfR2WD

Reynoso feels Alvarez will knock Saunders out in either the sixth or tenth round.

There's no value in Alvarez winning at -700. If you want to bet anything on Alvarez, it would be winning via stoppage at +100 or on points at +140. With the skills that Saunders possesses, taking the Englishman at +450 or points at +600 could yield.

You can't go wrong with either side of the coin. It also depends on how confident you feel or if you have the extra money in the couch or pillow cushions that want to take a flyer.