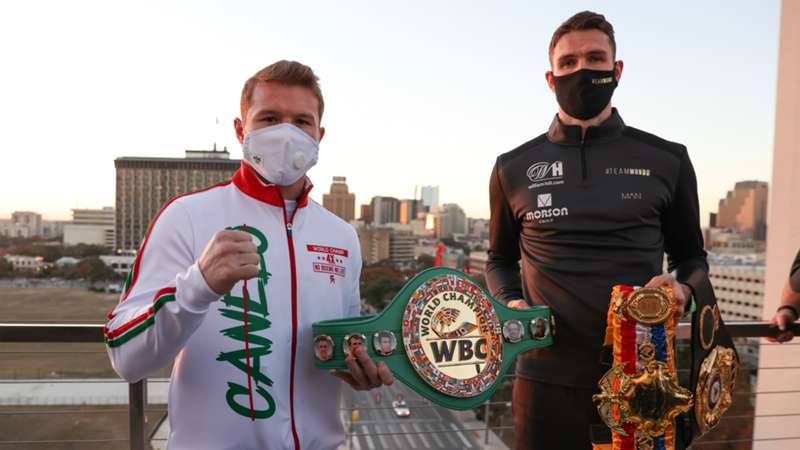 Canelo Alvarez is a sizable favorite on Saturday night against Callum Smith. But does that translate to a victory for the Mexican star?

Canelo Alvarez looks to make more history when he challenges Callum Smith for the WBA (super) and The Ring super middleweight titles along with the vacant WBC championship at the Alamodome in San Antonio, Texas, live on DAZN.

Here's a complete betting guide for Canelo Alvarez vs. Callum Smith, including updated odds, trends, and our prediction to win.

Alvarez (53-1-2 36 KOs), the WBA and WBC "Franchise" middleweight champion, steps back into action for the first time since defeating Sergey Kovalev by 11th-round knockout in November 2019 to capture the WBO light heavyweight title.

Smith (27-0 19 KOs) has been looking for the big fight and finally gets what he's been asking for against boxing's biggest star. "Mundo" fought on the Canelo-Fielding card, defeating Hassan N'Dam by third-round TKO. He won the WBA title by knocking out George Groves in September 2018 at the World Boxing Super Series final. The Englishman last competed in November 2019, beating John Ryder via unanimous decision.

On paper and looking at the odds, it would appear Alvarez wins in a rout. But the odds don't truly affect how close the fight is, and Smith possesses the ability to dethrone Alvarez. Unlike Alvarez's previous venture to 168 pounds, a third-round knockout of Rocky Fielding in December 2018, Smith has legitimate skills that will pose a problem to Canelo.

Two of those include holding a seven-inch height advantage along with a seven and half-inch edge in the reach department. While Alvarez proved those factors weren't an issue with Fielding and Kovalev, Smith is different. He's younger than both and can use those attributes to cause Alvarez a ton of problems. People tend to forget the fight with Kovalev was extremely close, with some having the Russian ahead or had it even at the time of Alvarez's thudding right hand to send him packing.

If Kovalev was able to do that, think of what Smith can do. Smith has an extremely hard jab and a powerful left hook, which helped put Groves away. But some don't remember that and are entirely focused on Smith's mediocre performance against Ryder. Was it a poor showing? Absolutely. Was Smith fighting down to his opposition? A case can be made for that to be the reason.

If that Smith shows up on Saturday, Alvarez will chew him up and spit him out. Alvarez is boxing's pound-for-pound best for a reason. Regardless of the advantages an opponent may have, Alvarez always finds a way to turn the negative into a positive. He can't afford to sit on the outside and eat jabs all night long. Doing so will make it a long evening at the office.

For Smith to spring the upset, he has to stay active continually. He can't let Alvarez set the tone of how things are going to go in the ring. Smith needs to let Alvarez know from the opening bell that he's here to fight and not going to just lay down for the paycheck. The Englishman should take a lot from the Kovalev and implement a part of the same strategy. There are weight classes for a reason, and Smith needs to remind Alvarez of that with every single punch he throws.

Even though Smith holds those attributes over Alvarez, this is Alvarez's fight to lose. He's growing into a legitimate super middleweight. As the Fielding and Kovalev bouts exemplified, Alvarez's power translates into whatever division he's competing at. He's been using the jab as a setup for the patented left hook upstairs, to the body and the straight right hand, which put Kovalev away.

It's going to be a battle of chess and power. We are going to get a war. But as the fight wears on, Alvarez will assert his dominance and pull away in the championship rounds to become a four-division world champion.