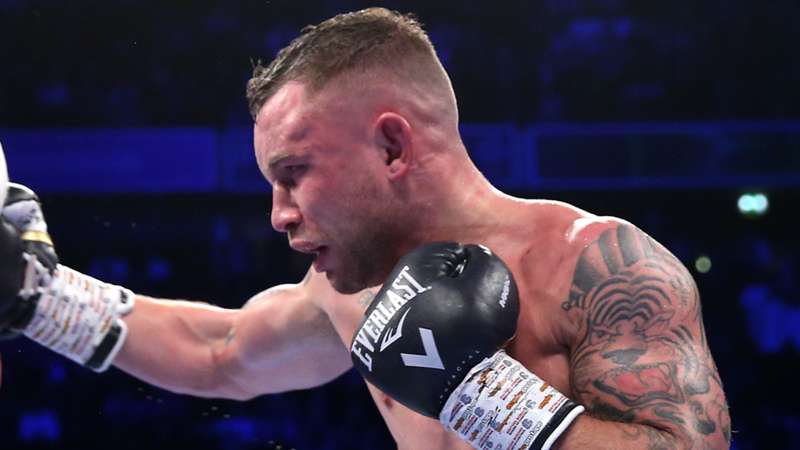 Frampton could become the first ever Irish three-weight world champion if he is successful on Saturday.

Carl Frampton has admitted that anything less than his 'A-game' will not suffice if he is to become the first Irish three-weight world champion on Saturday at the expense of Jamel Herring.

WBO junior-lightweight champ Herring defends his title against former super-bantamweight and featherweight titleholder Frampton at The Rotunda Caesars Palace Bluewaters in Dubai in what many experts consider to be a genuinely difficult fight to predict.

At 35 and 34 respectively, both champion and challenger are aware that there will not be a lot of time to try and climb back on top if they leave the ring Saturday without the title, and as a result they are likely to pull out all the stops in the Middle East.

Frampton recently admitted to Sky Sports that he and Herring's last in-ring outings will serve as further incentive to deliver a top-shelf showing at the weekend.

"For me to win this fight, I will need to be perfect," he said. "If I carry out my game-plan, I believe I will win this fight. Everything is aligning.

"I will expect the best Jamel Herring I have ever seen. His last performance was criticised. My own performance in my last fight wasn't brilliant. I am prepared to be better.

"Hopefully Jamel is as well. I think the fact I got here early is certainly a benefit to me. We will see what happens. I expect a big performance from Jamel and I am prepared for that.

"I am very proud of what I have done in my career so far. But the chance to go down as the only ever three-weight world champion in the whole island of Ireland, and only the fourth in Britain...

"It will put me in an elite bunch of fighters across the world, and it would make me very proud to do it."