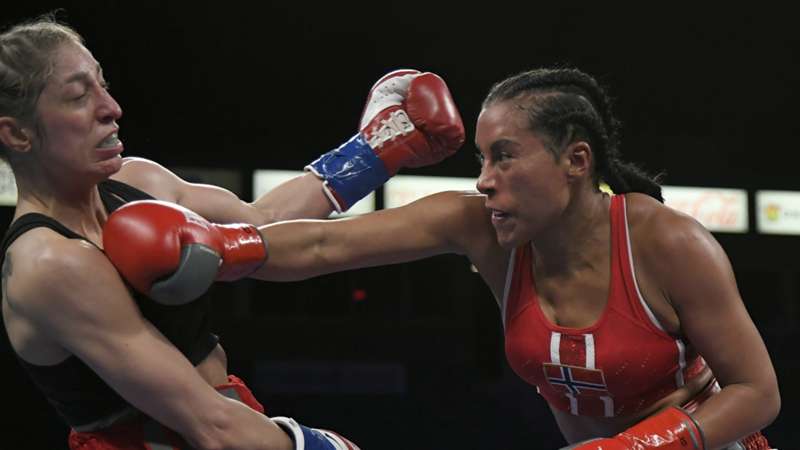 The undisputed women's welterweight champion has big plans for the next calendar year.

Throughout her illustrious career, all Cecilia Braekhus has been looking for are marquee fights.

Braekhus has done it all in boxing. She has been a world champion since March 2009, winning the WBA and WBC women's welterweight titles. Since September 2014, Braekhus has been the undisputed women's welterweight champion. The Norwegian is regarded by many boxing pundits as pound-for-pound the best woman in the world with a record of 35-0. But there's one thing missing from her resume: a signature win.

After her last fight in December on the final HBO card, Braekhus had thought about hanging the gloves. She'd done a lot in the sport but wasn't getting what she needed in return to cement her legacy and secure her financial future. Then suddenly, notable names in combat sports began calling her out. The retirement talk was squashed instantly.

"I was very tired after my last fight," Braekhus told DAZN News. "I kept asking myself if this was it. But then I got back to Norway and got to relax a little bit. I was at home doing nothing with boxing at all.

"Then all these girls started to call me out. You had Claressa Shields, Katie Taylor, (Cris) Cyborg, all calling me out in like one week (laughs). Then I was like, ‘No, I’m definitely not done here.’"

To get the bouts she's yearning for, Braekhus decided in October to sign with promoter Eddie Hearn of Matchroom Boxing. Her first fight as part of that deal is Saturday against Victoria Bustos, on the Radzhab Butaev vs. Alexander Besputin card, on DAZN.

At 38 years of age, Braekhus knows she's on the back nine of her career. She knows time is of the essence. Braekhus isn't going to be bouncing up and down in weight to secure fights against all of the women who challenged her. The goals of "The First Lady" for 2020 are simple and to the point: undisputed lightweight champion and WBO super lightweight titleholder Katie Taylor and seven-division world titlist Amanda Serrano.

"Those are the fights I want," Braekhus explained. "It was either going up to fight Claressa or going down to fight those girls. I don’t think it’s realistic for me to jump up and down. It’s either up or down. Next year, I will go down. I’m ready.

"I hope Katie Taylor wins her next fight and gets a good win. The main goal is to fight Katie Taylor. Because I feel like I can challenge myself if I fight her, and it would be the biggest fight of them all unless Serrano beats her — then Serrano is the one I want to meet. I don’t have a long time left in the sport."