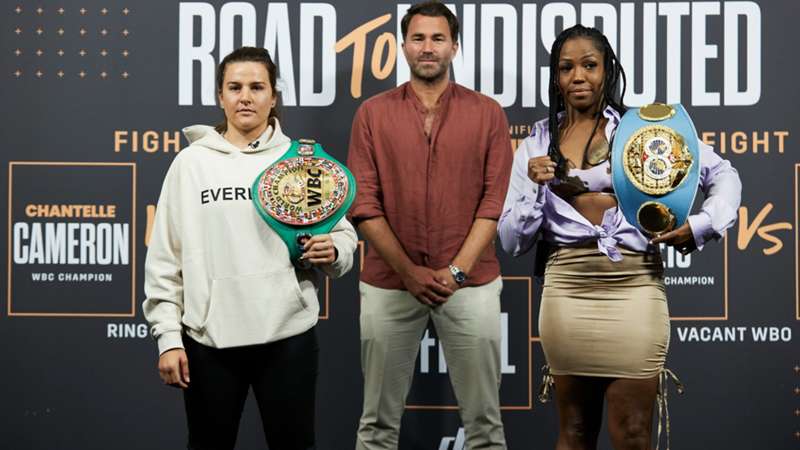 After a shoulder injury forced Dillian Whyte to call off his fight with Otto Wallin this coming Saturday, Chantelle Cameron and Mary McGee have stepped up to headline another action packed night of boxing at London's O2 Arena.

Cameron and McGee's clash for the WBC, IBF and Ring Magazine Super-Lightweight titles is also a semi-final in Matchroom's Road to Undisputed tournament where the winner will cement themselves as the number one women's fighter at 140lbs.

Cameron impressed in the first defence of her WBC title, beating former champion Melissa Hernandez by TKO in the fifth round last May to maintain her unbeaten since turning professional in 2017.

However, McGee is set to be Cameron's toughest test to date. The American comes into this fight on the back of a seven fight winning streak. However, McGee's last fight took place in 2020 where she produced a ninth round stoppage against Deanha Hobbs, could her inactivity be a major advantage to Cameron come fight night?

Here's everything you need to know about Cameron vs. McGee.

When is Cameron vs. McGee? date, start time

What Channel/Stream is Cameron vs. McGee?

The Cameron vs. McGee fight card will be broadcast exclusively across the world on DAZN.

Where is the Cameron vs. McGee fight?

The Cameron vs. McGee fight takes place at the O2 Arena in London, England.