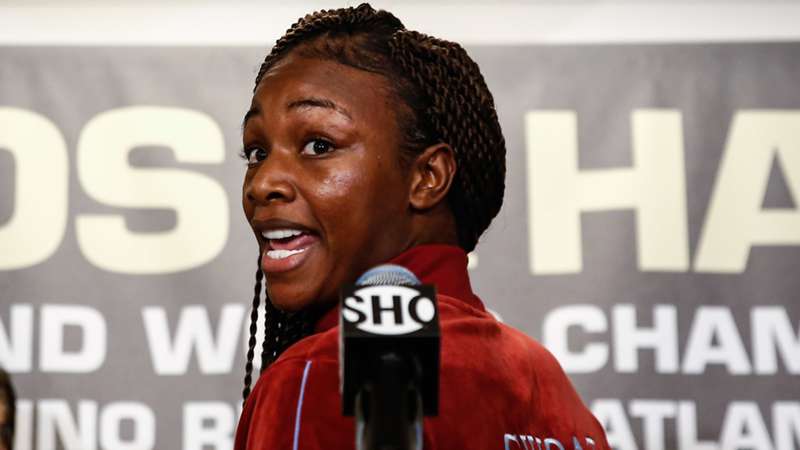 The self-proclaimed GWOAT also claimed that Ali is "all bark, no bite."

"Laila Ali is all bark, no bite," Shields told TMZ Sports. "Look — if a girl calls me out, I answer and I go and fight whoever it is. From Christina Hammer who was 24-0 — just like Laila Ali — I went out there and destroyed her. Laila may think that she's big and bad and all that stuff, but when it comes to boxing, there is no woman on this earth that can beat me.

"Look — when I beat her, they're going to say that I fought an old Laila Ali," Shields added. "They're not going to say that I beat Laila Ali when she was at her best. But overall, the way she's talking if she's like she's going to knock me out, please ... my defense is too good for her."

Shields' fiery words come in response to the 42-year-old Ali appearing on SiriusXM's "Sway in the Morning" last week, saying she would knock Shields out.

"You want to call yourself the GWOAT (Greatest Woman of All Time), that's fine," Ali said of Shields. "It's flattering. You look up to my father. We both thought that was cute, that was sweet. But at the same time ... first of all, she could never beat me. Let me just get that really straight right now. We're not even in the same weight class. I know that she walked around heavier, but that would not happen.

"And not simply because she's not strong enough — because I would definitely knock her out — but because she's not talented enough," Ali said. "You're talented, you can box. You can throw those hard punches, but there's a sweet science to boxing. The reason why you have not been able to knock out the opponents that you have already faced, I can totally see it why."

Will we ever see Shields vs. Ali?