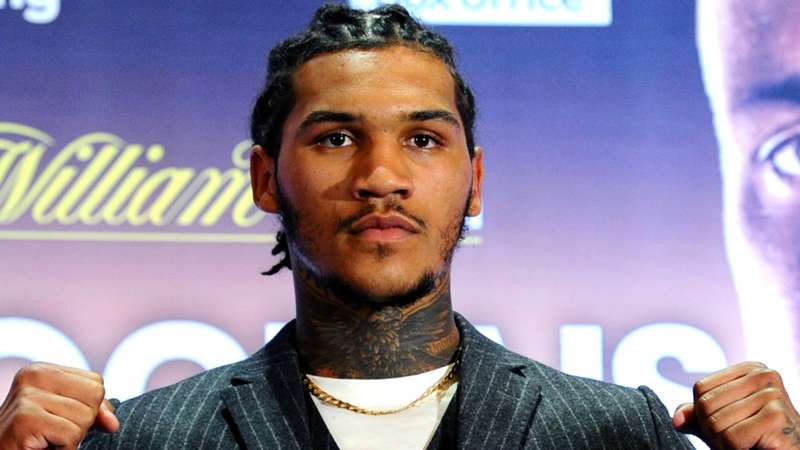 Following in the footsteps of his dad, Nigel Benn, isn't easy. Conor Benn takes his dad's advice, but is looking to map his own way through boxing.

Fighting on the undercard of the World Boxing Super Series (WBSS) super lightweight final between Regis Prograis and Josh Taylor on Oct. 26, Conor "The Destroyer" Benn will be facing Jordy Weiss in welterweight action. The hungry, young fighter sat down with DAZN News to discuss boxing, adding to the family name and more.

DN: What was it like growing up as the son of "The Dark Destroyer" Nigel Benn?

CB: My dad is just my dad to me. He kept me as far away from boxing as possible. I was brought up in church in a private school with about 30 kids in Spain. So, as far as it goes about me knowing my dad was a fighter or "The Dark Destroyer," that wasn’t the case.

It wasn’t until I came back to England when I was about 15 and done a tour with my dad and everyone was asking my dad for photos and autographs, I was thinking "What? Dad you’re actually famous!" And even now to this day, I’m still coming to the realization how famous my dad is. Twenty-three years down the line he can’t even walk down the street. It’s crazy.

DN: Having a father that has had such an incredible fighting career, do you call on him for guidance from time to time?

CB: It’s extremely valuable having a dad that’s been there and done it. I call him up about 3 a.m. because of the time difference in Australia, but he always answers. As far as it goes with boxing, my dad trusts my trainer Tony Sims with his life. Him and my dad go way back, and that’s as far as it goes. My dad is my dad and I prefer to speak to him about life, how to deal with life and obstacles that life throws at you for being in the public eye.

Regarding boxing, my dad is ruthless. "Conor, who’s he? Who’s he? Go in there and rip his head off!" That’s what you get out of my dad. There isn’t any, "Slip this, slip that." It’s always, "Go out there and give it to him! Show him what you’re about!" I could be fighting one of the top American fighters and he’ll just tell me the same thing.

DN: How would you describe your fighting style?

CB: I’m still figuring my style out, someone’s either getting laid out or it’s going to be a ruck. I’m trying to change that, my fight against Josef Zahradnik at the O2 Arena, I boxed perfectly, and in my last fight against Jussi Koivula, I knocked him out within two rounds. The first round was a little bit rocky. You don’t know what to expect each fight, but as we go on, I’ll show progress in some sort of area.

CB: I’d say to become a world champion. That’s the dream, but it’s hard a lot harder than I thought. There was me thinking, "Yeah, I’ll be a world champion within five years." But it ain’t like that. It’s hard work. I keep forgetting that I’m only 22 and had 15 professional fights, so what would I be like in five years when I’m 27 if I’m knocking people out now?

It’s about treading carefully to get to that stage, fighting in front of 18,000 people, headlining shows and that. The dream is to be world champion, but I know if I don’t beat my dad by winning three world titles, I know he’ll never let me live it down as he won two.

DN: Your opponent on Oct. 26 will be Jordy Weiss. What do you know about him?

CB: He’s ranked No. 1 in Europe, he’s undefeated in 24 fights. I’ll just stick it on him and see how he copes with me. I’ll definitely give it to him, but I don’t think he’ll fancy that type of fight.

DN: You’re an extremely confident young man. Have you ever been nervous at all, maybe when you made your first professional ring walk?

CB: No, my last fight as an amateur was in a shed in Australia, out in the sticks, you know with the Funnel-Web and Huntsman spiders and that. Then when I came to England, my first professional fight was at the O2 Arena on an Anthony Joshua card. I walked out in front of 18,000 people, I stood there, and looking back at it now, I looked like a plum, standing there just looking around at all the people.

I didn’t realize that the cameras were on me, so I’m standing there like "Yeah, it’s happening." You can’t be scared, you just have to deal with it or you’ll just have stage fright. That’s what I thought I had because I just stood there, then I heard the music, and I was like, "All right, let’s go!"