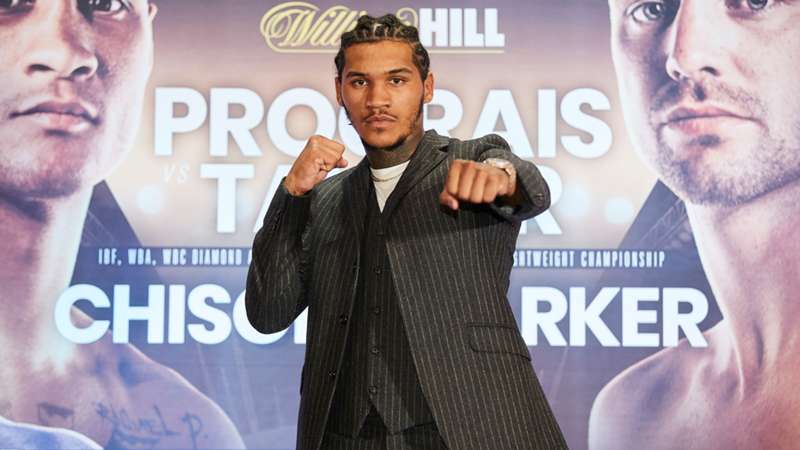 The unbeaten son of 'The Dark Destroyer' Nigel Benn takes a step up in opponent quality on the undercard of Dillian Whyte vs. Alexander Povetkin II.

Conor Benn (16-0, 11 KOs) isn't fazed by the prospect of ending a year-long absence from the ring with his most challenging opponent to date: Germany's Sebastian Formella (22-1, 10 KOs).

Benn is one of many professional boxers whose time away from the ring will go past the 12-month mark thanks to the COVID-19 pandemic.

Moving closer towards eventual world championship contention in the welterweight division would have no doubt been on the cards by now if not for the lockdown, but Matchroom Boxing promoter Eddie Hearn has been forced to bring back many of his rising stars, including recent example Joshua Buatsi, with a very tough contest right out of the gate.

Nonetheless, the 24-year-old Londoner is focused on the task at hand.

"I don't worry about what he can do," undefeated Benn told Sky Sports.

"Come fight night, I don't think he'll have firepower like me. He's obviously coped with Shawn Porter but I'm going in there to make a statement.

"It's a fight where I get to apply the pressure, enjoy it, and take the fight to him.

"He may be awkward, he may be tricky, he may have ring-craft. But that's what happened when people thought Jussi Koivula would do me. Too experienced? He got banged out."

Benn has been called out by a number of domestic rivals but maintains he will take on anyone.

On talks for a title challenge of British and Commonwealth champ Chris Jenkins that later fell through, he said: "It was nothing to do with me and my team. Jenkins accepted the fight numerous times but for some reason [it didn't happen]. It was at his end.

"My career moves forward. Would I like the British and Commonwealth titles? Of course I would. Jenkins hasn't got anything I'm worried about. Jenkins is an easier fight [than Formella]."

Benn continued: "I've had this from the get-go," Benn said. "The list goes on. I don't have a response to everybody. I have better things to do than entertain your clout-chasing!"