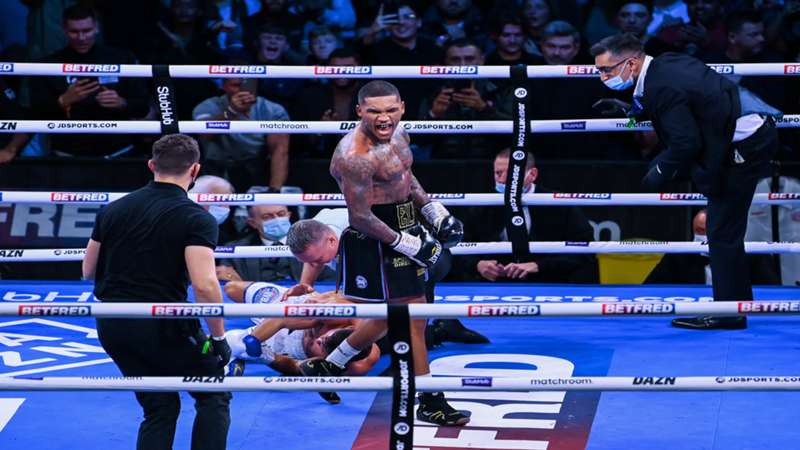 Conor Benn will begin his quest for glory this year in April. After enjoying a stellar 2021 with dominant wins over Samuel Vargas, Adrian Granados and Chris Algieri, Benn is aiming to build on last year’s platform and climb the rankings in the talent-laden 147lbs division.

With welterweight currently home to a number of the world’s leading fighters such as Terence Crawford and Errol Spence, a supporting cast of emerging young boxers are closing in on the top spots including Jaron Ennis, Vergil Ortiz, and Benn himself. Eddie Hearn, who confirmed the month of his man’s next fight, is excited by what lies ahead for the 25-year-old.

“He’ll be out in April and we’re just finalising his fight now,” said Hearn when speaking to DAZN. “We’d love the [Adrien] Broner fight but we’ll have to see. I like Robert Guerrero, I like Maurice Hooker. I like all these kinds of fights because they give us names with profile and they’re the right tests.”

On Benn’s current popularity, Hearn added, “The backstory with Conor is better than you’ll ever get. He’s exciting. You never see him in a bad fight. I really believe that he’s a superstar in the making, and that’s why I’m so hellbent on getting it right. 2022 is the year when I think he should challenge for a world title. Two more fights and I think he’ll be ready.”