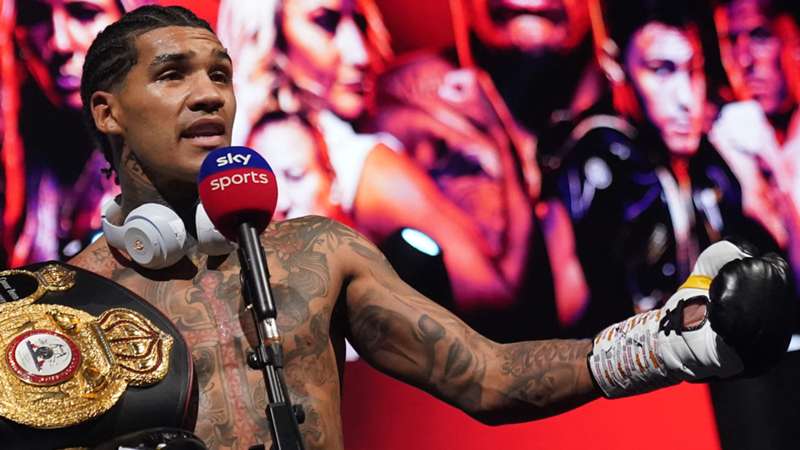 The undefeated welterweight prospect took to social media to canvas opinions on his next move.

Conor Benn continued his charge towards a future world welterweight championship fight in Leeds at the start of the month, defeating Adrian Granados in a clash re-scheduled from Fight Camp 2 this summer.

Benn, son of the legendary former world super-middleweight titleholder Nigel Benn, is now 19-0 with 12 KOs on his professional resume. However the big step to the 147lbs division's top level — a level currently occupied by names such as Terence Crawford, Errol Spence Jr., Yordenis Ugas and Shawn Porter — will not be easy.

That said, 'The Destroyer' has always been one for a stern challenge, to the point that he took to Twitter on Tuesday to see what his fans had to say about who his next opponent should be.

He received plently of replies, including some really intriguing suggestions for his next challenge.

Steve Morris liked the idea of another instalment of Benn vs. Eubank, only this time it would be Conor against Chris Jr. as opposed to the infamous 1990s rivalry between their fathers.

Chris Eubank JR. history says it simply has to happen! 😉 🥊

Of course, weight classes make that one difficult (Eubank Jr. is operating at middleweight and has also competed at super-middle), but the story would write itself.

There were even active boxers replying to Benn to volunteer their services, such as former European and British welter champ Bradley Skeete.

I’m game @ConorNigel 👀 @EddieHearn has spoke about it before. I’ve been out the ring over 2 years! I’m back now and ready to go! Outright British welterweight Champion 🇬🇧 @DAZNBoxing Let’s go! @dominicingle make the call 📞

However as Skeete himself touched upon, he hasn't fought since 2018 and dropped two of his last three fights. It's likely Benn will find a next fight that benefits himself more, even if there is a nice bit of domestic appeal to Benn vs. Skeete — Conor is ready to increase his international reputation now.

Danny Bunn, meanwhile, was one of several to put forth a name that would make for a very tough fight, but at the same time one that would immediately announce Benn as a serious contender if he were to prevail.

David Avanesyan what a fight that would be for the European both guys with a big set of balls one of the fights of the year contenders 💥🔥🥊 would you like that fight Conor?

Avanesyan halted Benn's domestic rival Josh Kelly earlier this year, and the current European welter kingpin would be a great opponent for Benn from a fan's perspective whether that fight happened next, or in the near future.

Here are some other suggestions you offered Benn:

Avanesyan, Hooker or Vargas would be good steps up. Can’t complain if it’s Broner though, would sell very well and be entertaining https://t.co/WgIt03F8lg

Who do you think Conor Benn should take on next? And when do you think his world welterweight title opportunity will come, if he can keep his '0' until then?