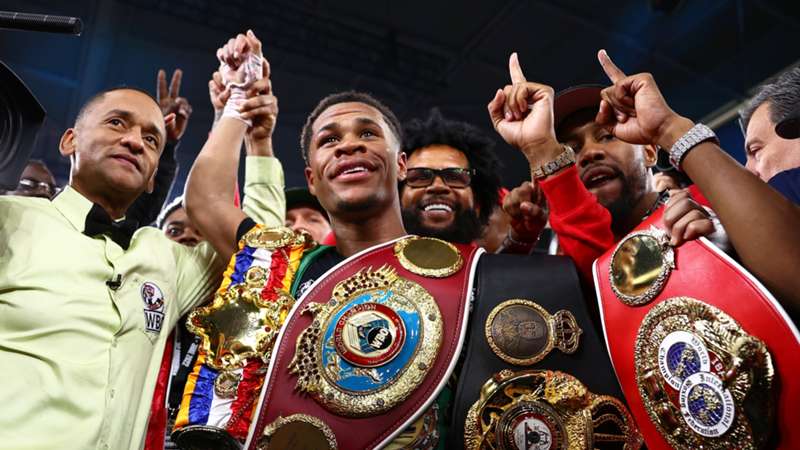 The former world champion is set to move up to 135lbs.

Shakur Stevenson failed to make weight last weekend as he defeated Robson Conceicao, and The DAZN Boxing Show is already excited for his move to lightweight.

The former unified featherweight champion weighed in at 131.6lbs ahead of the fight, meaning he relinquished his belts despite emerging victorious and keeping his unbeaten record.

In the past few days, including before his fight on Friday, he was already contemplating a move up to 135lbs.

Both Akin ‘Ak’ Reyes and Barak Bess are keen to see him mix it up in one of the sport’s most exciting divisions.

“Everyone’s just so excited about Shakur being at 135 that it doesn’t really matter,” Barak said of the weight limit miss.

“If your opponent is not complaining, then it doesn’t matter. I wouldn’t say it depends on the level of where the boxer’s at, because Floyd Mayweather missed weight against [Juan Manuel] Marquez.

“He does look super special.”

Reyes agreed, saying: “He’s able to make incredible guys look subpar, look average, look amateur. He is getting better and moving forward, which is entertaining for the fans. He’s started to do it with supreme confidence and doing it in the ring.”