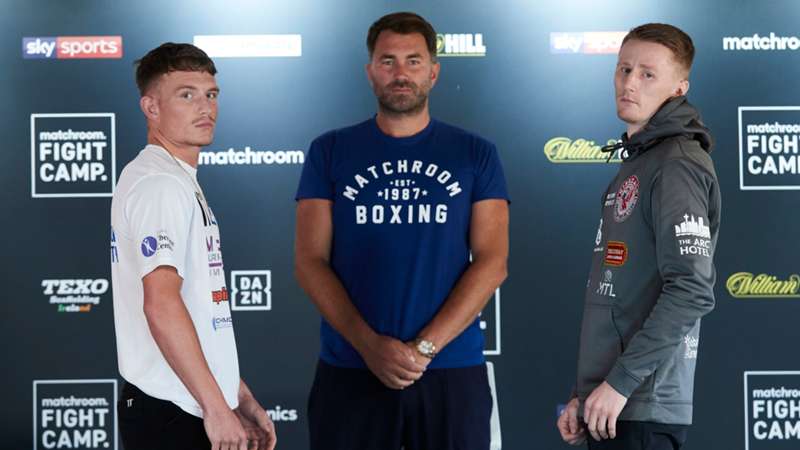 The COVID-19 lockdown threw a spanner in the works of a lot of planned boxing contests, but social media allowed some fighters to virtually book their own return to the ring.

And the clash between Dalton Smith (5-0, 4 KOs) and Nathan Bennett (9-1, 2 KOs) is one that has landed on the very first show staged in Matchroom's own back garden courtesy of the duo's Twitter accounts.

Spoke to Steve today..working on it!

Unbeaten Sheffield native Smith is the favourite for the bout, with many believing his decorated amateur background puts him in a different class.

And the 23-year-old views Bennett's volunteering for the Fight Camp bout as exactly what he needs at this stage of his fledgling professional journey.

"It’s my first test and one I’m very comfortable with," said Smith. "It’s time to get to business.

"We’re here for one reason and that’s to fight. It’s my first big step up and I’m ready.

"This is the first time I’ve done a full 10-week professional camp, so to have a durable opponent like Nathan on Saturday night, it makes you train harder and work harder because you know you have to prepare 100%."

Bennent wasn't flustered by the fact that Smith momentarily forgot his opponent's name during the presser as he strives on Saturday to ensure Smith never forgets it again.

"It’s the opportunity that I’ve been looking for," Bennett said.

"Before the lockdown started I was due to fight for the central area title. And when lockdown happened, I didn’t know what to do.

"So I ended up going back and forth with Dalton on Twitter. Then when they asked me what I thought of fighting him, I said I’ll fight anyone at this level.

"After the first round, we’ll know where the fight is going. It’s a fight, so I’ve got to make it as uncomfortable for him as I can."