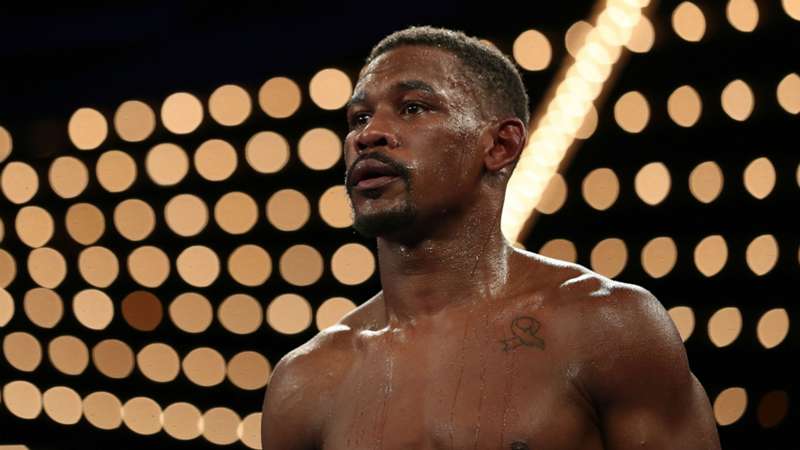 Jacobs says beating one of those champions for a super middleweight title would help him achieve boxing greatness.

Daniel Jacobs says he wants to become a boxing legend. The next logical step, in his mind, to accomplishing that feat is to take on super middleweight champions Callum Smith and Billy Joe Saunders.

“I want to be a Hall of Famer one day and winning a belt in this weight division is what I need to do to achieve that,” Jacobs said on Matchroom Boxing's "The Lockdown Tapes" podcast. "You are going to see the best version of Daniel Jacobs now and I'm looking at the likes of Callum and Billy Joe. Both of those fights make sense."

Jacobs (36-3, 30 KOs) took his first step on the path to domination at 168 pounds last December when he defeated Julio Cesar Chavez Jr. in five rounds. He held the WBA middleweight strap from 2014-17 and regained championship status in 2018 after landing the IBF belt. He lost the title to Saul "Canelo" Alvarez in May 2019.

Smith (27-0, 19 KOs) holds the WBA and Ring Magazine belts in the super middleweight division, while Saunders (29-0, 14 KOs) picked up the WBO crown after making his own move up from 160 pounds. All three fighters are promoted by Matchroom's Eddie Hearn, and Jacobs hopes that a world title bout will happen in the near future.

Before he takes on either champion, though, Jacobs has to settle some business with Gabriel Rosado, who has been poking at Jacobs for a showdown.

"It only makes sense for me coming into this division to fight the very best," Jacobs said. "I want to be able to prove that I am the best. As well as wanting the big fights, there is also the fights where you want to settle the debt, which is what I have always said about that little nag Gabe Rosado. If we were to fight in New York or Philadelphia, then great, it's onwards from there. He is just a hater who wants my position."