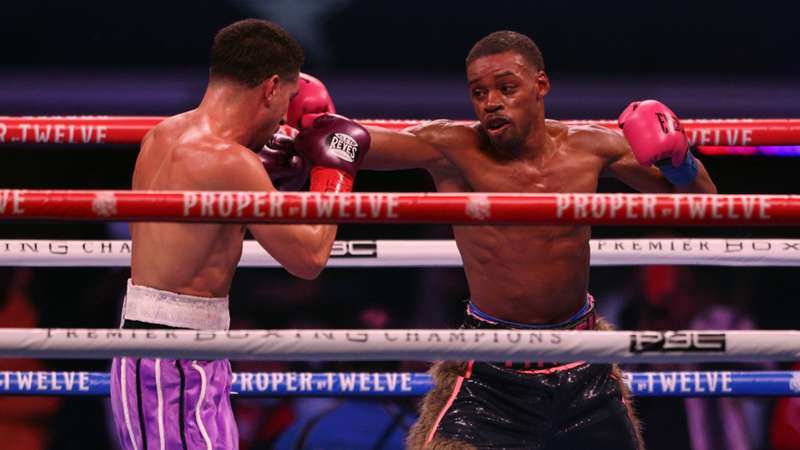 The former two-weight world champion was the latest guest on The DAZN Boxing Show.

Since losing to unified world welterweight champion Errol Spence Jr. two years ago, Danny Garcia's career hit a roadblock. But the American is set to end this long period of inactivity when he faces Jose Benavidez Jr. on July 30.

For Garcia, the Spence fight was one to forget, not just inside the ring but also in the run-up, as revealed on The DAZN Boxing Show.

"The worst camp I’ve ever had in my life was the Spence fight," Garcia said. "With COVID, it was hard to get sparring. The atmosphere was crazy. It didn’t feel like a big fight."

Garcia was also asked by hosts Ak and Barak to give a prediction for the potential megafight between Spence and Terence Crawford for the undisputed title. While Garcia didn't give a prediction, he's expecting a grueling contest between the two welterweight champions.

"I think it’s going to be like a chess match, but a grueling fight. Both fighters will take punishment in that fight. I don’t think either fighter has been knocked down as a pro. It’s going to be a mentally and physically tough fight for both fighters."

You can watch the entire Danny Garcia interview along with our exclusive weekly interview with Eddie Hearn which includes his thoughts on Claressa Shields vs. Savannah Marshall, who his top-10 all-time heavyweights are, Derek Chisora vs. Kubrat Pulev 2, and more this week on The DAZN Boxing Show, which lands every weekday on the DAZN app for subscribers. For more information and to sign up, click here.