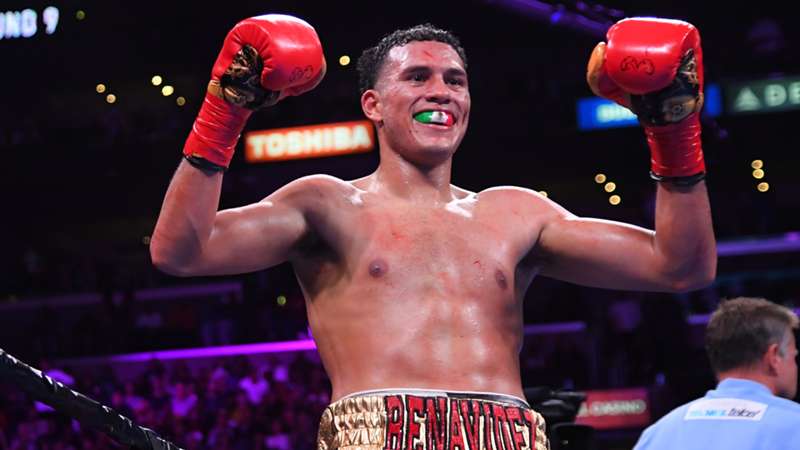 David Benavidez looks to inch closer to a mega-fight.

Unable to secure one of those fights, Benavidez makes his initial 2022 outing on Saturday against David Lemieux for the interim WBC super-middleweight title from the Gila River Arena in Glendale, Ariz.

Benavidez, a former two-time WBC 168-pound champion, fought two times in 2022 and won both outings by TKO. In March 2021, Benavidez stopped Ronald Ellis in the 11th round. Then in November, the 25-year-old dispatched Kyrone Davis in seven rounds to remain undefeated in 25 fights. Now, he steps inside the ring with perhaps his most formidable opponent to date.

Lemieux, a former middleweight champion, has gone 9-1 with five knockouts since losing the IBF middleweight title to Gennadiy Golovkin in October 2015. Most recently, Lemieux stopped David Zegarra in the second round last June.

Whoever wins in the battle of heavy hitters puts themselves in prime position for a future title shot and a significant fight.

Here is everything you need to know about David Benavidez vs. David Lemieux.

The main card is scheduled to get underway at 10 p.m. ET / 3 a.m. BST, with Benavidez and Lemieux scheduled to make their ring walks at Midnight ET / 5 a.m. BST. However, these timings could change due to the length of the other bouts.

How can I watch Benavidez vs. Lemieux?

Viewers in the United States can watch the fight live on Showtime.

There is no confirmed UK broadcaster as of yet.

Where is the Benavidez vs. Lemieux fight?

The fight takes place at the Gila River Arena in Glendale, Arizona.