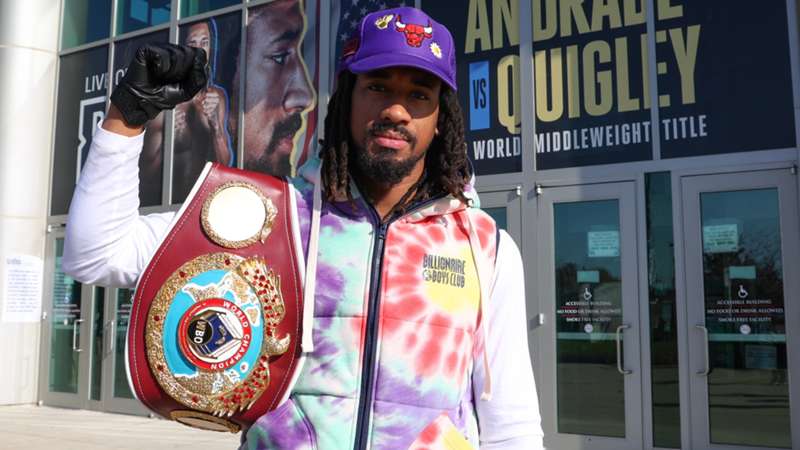 Watch Andrade vs. Quigley on DAZN (Except UZB)

Demetrius Andrade wants his next fight to be against Saul 'Canelo' Alvarez if he gets past Jason Quigley on Friday night.

However, Andrade's plans maybe hindered by Canelo's move to cruiserweight after his win against Caleb Plant two weeks ago.

"We just saw Canelo and Caleb Plant, it took him 11 rounds to end the fight but I’m not Caleb Plant," Andrade said.

"There’s a whole lot more in me than what Caleb showed. That’s the type of fight that I would like to get in and do though, to show my skills, my heart, my conditioning, what I am made out of."

Since winning the WBO belt three years ago, Andrade believes he is one of boxing's most avoided fighters, and despite wanting to make a statement against Quigley, he's afraid a knockout could scupper his chances of securing any 'big' fights in the near future.

"I’ve been training to be destructive. Someone is going to stop this fight. Put your house on it," Andrade stated.

"Anyone can get caught with a lucky punch or caught cold and fight’s over. I know KOs sell and that’s cool, but the wealthiest athlete in the sport was Floyd and he didn’t knock anyone out for a long time at the end.

"So, it’s funny how KOs sell, but when I get KOs I don’t get the fights; I think that they would rather fight me thinking that I don’t have power rather than having power.

"At the end of the day, do they want to get in the ring with me? Jason Quigley said yes."

Watch the full Andrade vs. Quigley press conference below.