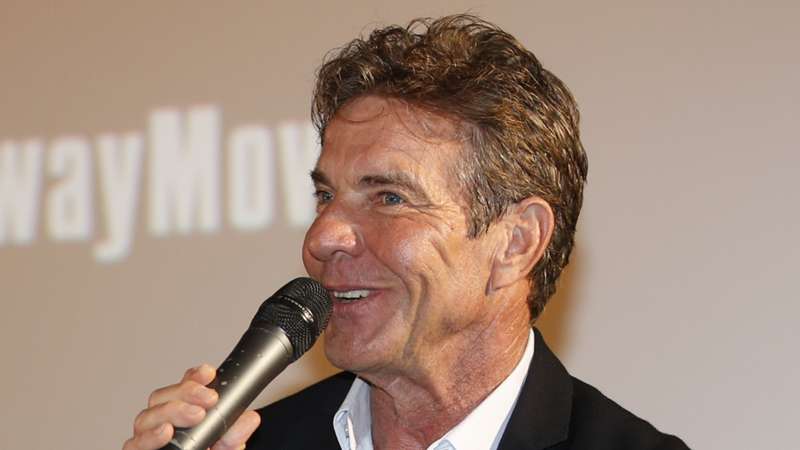 To this day, Quaid doesn't know what triggered the scrap.

Any Given Sunday came out in 1999 and featured a star-studded cast including Al Pacino, Cameron Diaz, Dennis Quaid, Jamie Foxx and LL Cool J. The movie revolved around a football team of misfits, depicting sex, drugs and heated competition.

The main plot of the cult hit circled around a young upstart owner played by Diaz, who was looking for her team to win another championship led by quarterback Jack "Cap" Rooney, played by Quaid, at all costs.

While the movie is still remembered 21 years later, one of the stories people talk about most is a fight on the set between Foxx, who played third-string QB Willie Beamen, and LL, who portrayed running back Julian Washington. The two exchanged blows, and the Miami-Dade Police were called to the scene. Charges were not filed, but the questions remain as to who won and how the fight even came about.

Quaid was on DAZN's "The Ak & Barak Show" to promote his new podcast "The Dennissance" and divulged where he was at when the altercation took place and why the incident ensued.

"I had just defeated Jim Brown in a game of chess and had left the stadium," Quaid said. "It erupted 30 seconds after I left. I heard a ruckus, and I came back, and it was over. To tell you the truth, to this day, I still don't know what it was about. I know it was about ego (laughs). I don't take sides on anything, but it all got cleared up. They should get down and do a rematch."

The 66-year-old Quaid has been acting since 1975 and has appeared in movies such as Breaking Away, Great Balls of Fire and Parent Trap. While Any Given Sunday is among his favorites, there's one that stands out above the rest.

"Any Given Sunday is way up there," Quaid said. "My favorite movie is The Right Stuff because I played one of my heroes, Gordo Cooper, who is one of the first astronauts. He'd been my hero since I was a kid. Then I got to play him. I met him and got my pilot's license on that movie and fly jets now. The ultimate make-believe that you got to play. It was great."