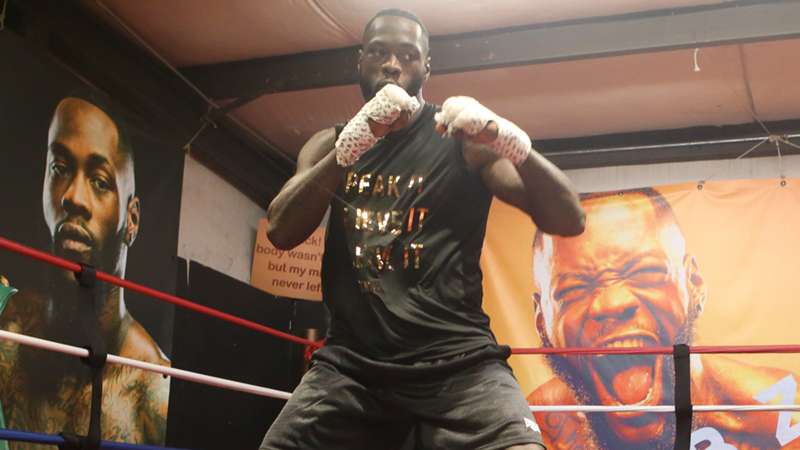 They have their own war stories from working with "The Bronze Bomber."

Deontay Wilder carries the highest career knockout rate amongst heavyweights at 95 percent with his 41-0-1 record (40 KOs).

However, his opponents aren't the only ones to have felt the WBC world heavyweight champion's incredible power along the way. Ahead of his rematch against Luis Ortiz at the MGM Grand Garden Arena in Las Vegas on Saturday, Wilder opened up about injuring all of his trainers who are brave enough to don the boxing mitts and pads with him.

"I'm the only person I know that has injured all my trainers," Wilder says as part of a new "Fight Camp" segment on "PBC on Fox." "Every last one of them, I've sent them to the hospital. This is no joking around. This is no faking."

Wilder previously told the "PBC on FOX" crew that he's also the only person he knows who has had four mitt men at a time due to their likelihood of being hurt on the job.

His trainers also shared their painful war stories having worked with "The Bronze Bomber" over the years.

"One time, I was wearing a bodysuit and he threw a right hand on the inside," Wilder's co-trainer Jay Deas shared as part of the behind-the-scenes series. "I had to have hernia surgery."

The series also includes footage of Wilder slamming his fists into the body gear that Deas is wearing, but Deas still felt the WBC titleholder's power with each thudding punch.

Mark Breland, Wilder's other co-trainer, hasn't been exempt from the punching power-related injuries at the hands of "The Bronze Bomber," either.

"Deontay and his power are so indifferent. I don't care where it comes from — it hurts," Breland said as part of the segment. "One time, he threw a right hand and it clicked — it threw my shoulder out."

That is the power that awaits Ortiz, who already suffered a 10th-round TKO at the hands of Wilder back in March 2018.