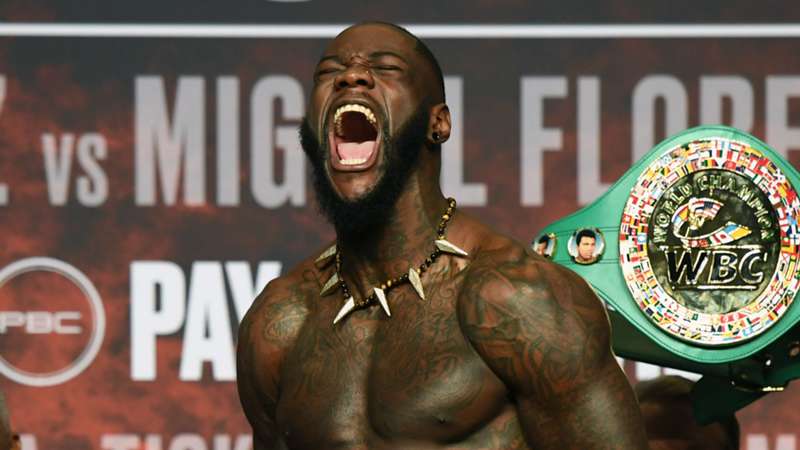 Not in the slightest bit.

"Joshua did what he had to do to get the win," Wilder told The Athletic. "He ran around the ring and was on his bike all day. Basically, he had [Wladimir] Klitschko in the camp and he was a lot like Klitschko: that jab-grab-hold method. That's all he did tonight.

"He was so hesitant ... Joshua's mentality was to survive," the WBC heavyweight champion continued. "The Klitschko method. You want to dominate guys, man. I'm not coming in, after losing to this guy, to just dance and grab and jab and hold. I'm going to show the world and convince them I am the very best and that no one is close to me, especially with what's going on in the division right now. It's a time of proving who is the best."

Wilder believes the technical manner that Joshua defeated Ruiz by unanimous decision to become a two-time world heavyweight champion only offers more evidence that he, "The Bronze Bomber," is the best heavyweight around, period.

"How can no one say I'm not the very best in the world now?" Wilder (42-0-1, 41 KOs) told The Athletic. "I've given you what you pay for each and every time, especially when we're talking about a heavyweight bout. Fans come to see knockouts. They come to see something dramatic — a body lying on the canvas, spread like it's having birth. That's what people want to see, and that's my mentality."

With Joshua having mandatory challengers in the form of Oleksandr Usyk and Kubrat Pulev waiting, Wilder warned boxing fans who are still hoping to see a unification bout for undisputed glory between he and AJ. The WBC champ just believes he's "too dangerous" for Joshua.

"I don't think we'll ever see a unification bout," Joshua added. "We'll never see it, and I don't want people to get their hopes up on it because it'll never happen."

Wilder will face lineal champion Tyson Fury in a rematch of their own Feb. 22.