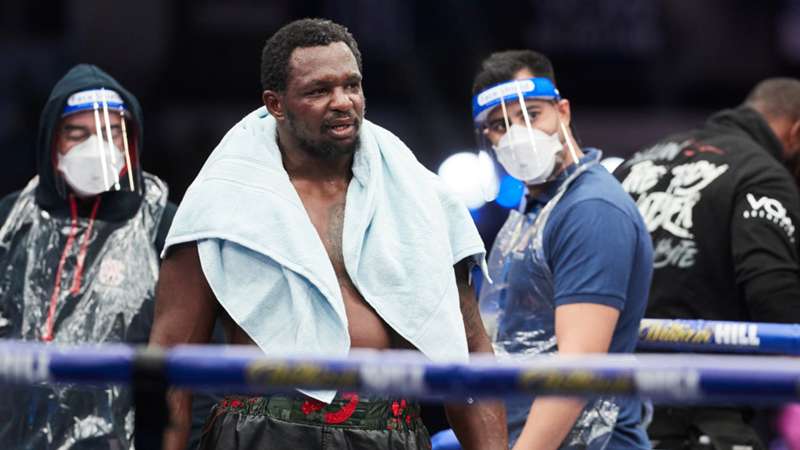 Dillian Whyte promised to knock out Alexander Povetkin when the pair meet again for their rematch, planned for later this year.

Dillian Whyte said that he would knock out Alexander Povetkin in their rematch after losing to the Russian on Saturday night.

The 40-year-old fighter floored Whyte with an uppercut in the fifth round of their Fight Camp fight, after the Briton had appeared to be dominating the bout.

However, Povetkin claimed the victory and the mandatory challenger status that came with the WBC interim belt.

Whyte and promoter Eddie Hearn confirmed that they would be exercising the rematch clause in their contract with Povetkin, something which frees up Tyson Fury to set up a potential unification fight with Anthony Joshua.

Speaking on social media on Monday, Whyte thanked fans and was stoic after his surprise defeat.

“Thanks everyone for their support. I’m all right as you can see, I’m fine. I’m well, I’m good,” he said.

“We didn’t get the victory we wanted. We set off all right, and we were bossing the fight.

“But with boxing you get caught, that’s how it goes. If you fight good fighters, you will get stopped at some point.

“You will get knocked down and knocked out, that’s how it goes.”

“We reckon the rematch, we can get it November-December time.

“I’m probably going to have another 10, 12 days of rest and get straight back in the gym.

“In the rematch, I’ll knock Povetkin out — promise that. Watch this space.”