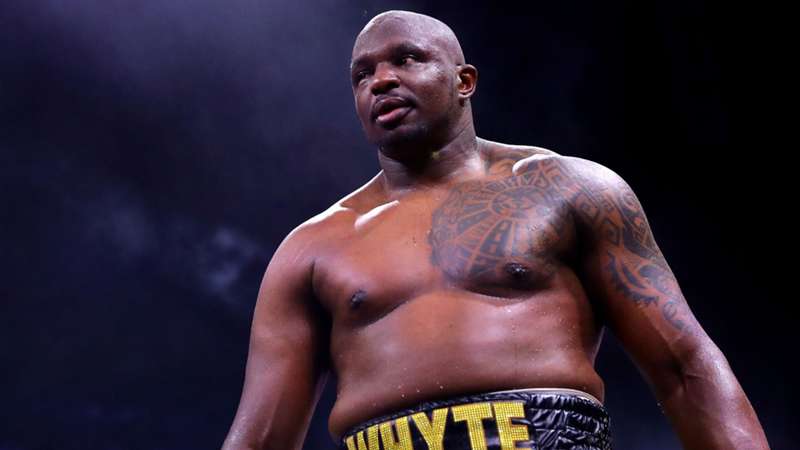 (Getty Images)
Check your region for Whyte vs. Franklin on DAZN

Dillian Whyte is back in action later this month against Jermaine Franklin.

Dillian Whyte claims his rivalry with Anthony Joshua is far from over and he forecasts further meetings with his domestic rival in the latter stages of both their careers.

Whyte was the platform that Joshua used to explode onto the world scene in 2015 as he stopped his former amateur foe before dethroning Charles Martin in his next fight to become IBF champion.

The thrilling meeting was eventually decided by Joshua’s power as he stopped Whyte in round seven, but the 2012 Olympic gold medallist was forced to work hard for his win.

In the second session, Whyte hurt Joshua with a solid shot and as he looked to force an early night, he couldn’t find further assaults to keep the fight in his favour.

Almost seven years on from that ferocious battle, Whyte believes he and Joshua will eventually renew hostilities.

“Whenever me and him fight, sparks fly. We just want to beat each other up. I’ll fight Joshua even when I’m 60. It’s a fight that will make you me faster, diet better, and make me go to bed at 7 o’clock every day.”