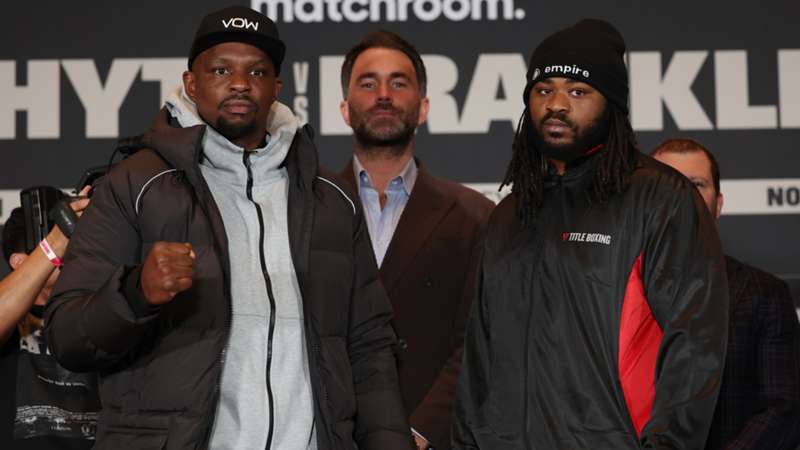 Can Dillian Whyte get back to winning ways on Saturday night?

Dillian Whyte is back in action for his second fight of 2022 when he takes on Jermaine Franklin exclusively live on DAZN .

After being knocked out by WBC world heavyweight champion Tyson Fury in April, Whyte will now be looking re-build his profile and remind the rest of the heavyweight division that he is a force to be reckoned with.

As always with a big fight night there are plenty of bets to be made, let's take a look at some of them below.

BetMGM (as of Thursday November 24) has Dillian Whyte installed as a huge favourite at 1/10. This means that you would need to bet $100 to win $10. Jermaine Franklin meanwhile is priced at 6/1 to win the fight, therefore a $10 bet would win $60 if the American is victorious at London's OVO Arena Wembley.

A win for Dillian Whyte is vital if he wants to remain relevant in the heavyweight division.

Two back-to-back losses could see him fade into obscurity and struggle to secure the big names which he craves in 2023.

But while Jermaine Franklin hasn't faced anyone of note on his 21-fight professional record, he will have the motivation to cause an upset and register what will be the biggest win of his career so far.

When it comes to Whyte's performance inside the ring, don't expect it to be all guns blazing straightaway, this will be his first fight under new trainer Buddy McGirt, therefore it's likely that the early rounds will see 'The Bodysnatcher' try to implement what he has been learning behind closed doors with McGirt.

As ever with heavyweight boxing, one punch can change the course of any fight, and while Franklin certainly has the power, I expect Whyte to weather the storm and finish his opponent in the latter stages.