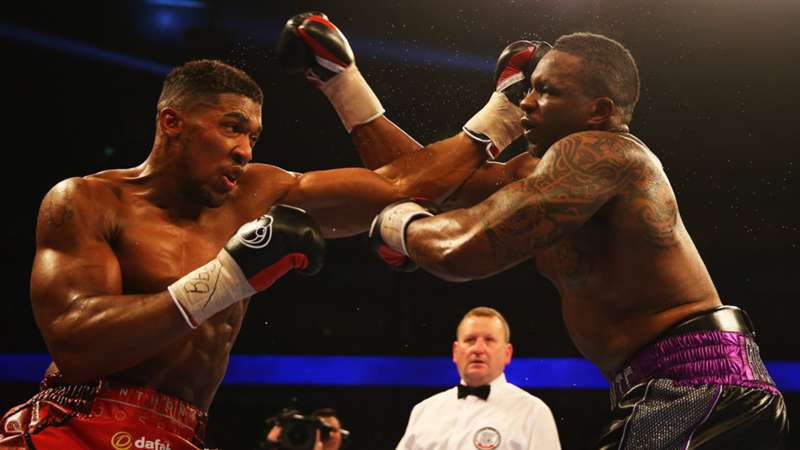 The former WBA world heavyweight champion was speaking ahead of Dillian Whyte's fight with Jermaine Franklin.

Dillian Whyte returns to the ring for the first time since his loss to Tyson Fury in April when he takes on Jermaine Franklin on Saturday night live on DAZN.

Whyte cannot afford any slip-ups against the American as he hopes to land some big fights in 2023, including a potential rematch with domestic rival Anthony Joshua.

But is a second fight something which Whyte deserves? Former WBA world heavyweight champion David Haye had his say and believes Whyte is in a strong position to negotiate a second meeting with the London 2012 gold medallist.

"Does Derek Chisora deserve a fight against Tyson Fury? Boxers don’t get what they deserve, they get what they negotiate. That’s it. Put yourself in a position to negotiate and he’s [Dillian Whyte] in a great position at the moment," Haye told Betfred's Lightweight Boxing Show.

"He’s the guy who pushed Anthony Joshua, he’s from London and there’s a history there. They’ve both won one fight each against each other as Dillian beat AJ in the amateurs and AJ beat Dillian as a pro. This is the biggest fight right now for Dillian Whyte and whether people believe he deserves it or not is irrelevant.

"When does a boxer ever get what they deserve? He’s in a good position, even though he’s lost two of his previous three fights, because he brings the action.”

Joshua and Whyte last met in December 2015 in a fight which saw Joshua stop 'The Bodysnatcher' in round seven.