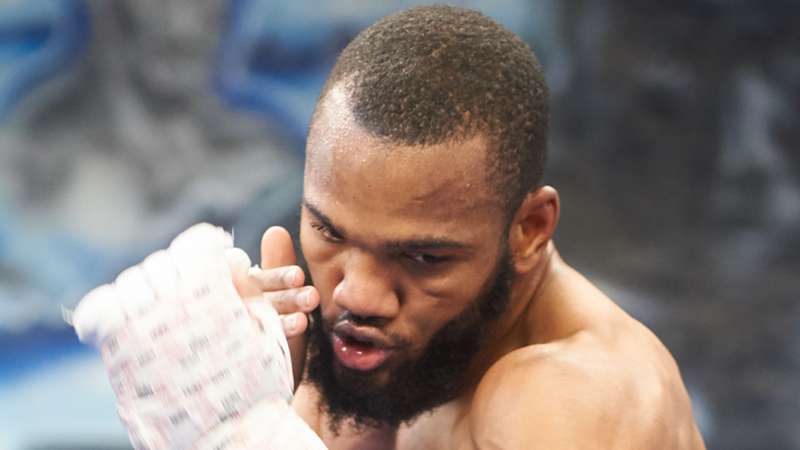 "J-Rock" becoming a world champ was 17 years in the making, and the unified junior middleweight titleholder refuses to be relegated to a "one-hit wonder." He faces Jeison Rosario on Jan. 18.

It’s common for a boxer to be asked who he or she would like to fight next if successful against their upcoming opponent.

Julian Williams’ current psyche has made him truly impervious to the inquiry, refusing to allow himself to indulge in it at all — and for good reason.

The 29-year-old Philadelphia native, who has been boxing since age 12, spent nearly two decades grinding up boxing’s merciless rungs to become a world champion.

That dream was fulfilled last May when “J-Rock” fought his way to a unanimous decision upset of Jarrett Hurd at the EagleBank Arena in Fairfax, Va., to earn the IBF and WBA junior middleweight titles. The 2019 Fight of the Year candidate ended with Williams on his knees in tears, his childhood dream having come to fruition against the odds.

So, even though Williams has respect for a reporter’s due diligence in asking the question about who he’d like to fight next, the unified 154-pound world champ has blinders on for Jeison Rosario — and only Jeison Rosario — on Saturday night. That’s when Williams will make his first world title defense, live from the Liacouras Center in Philly and on national television.

Anything other than walking out of the ring with his hardware in tow would be considered a disaster — and Williams knows it.

That’s precisely why he won’t say who he’d like to fight after Rosario nor fully express his joy about having his first homecoming fight as world champ.

“I haven't thought about it yet,” Williams said about a bigger fight for him at 154 pounds. “My focus is to get the win, man. You can't get sidetracked on too many different things — how many people are in the crowd, how wild the crowd is.

“Right now, one man there is trying to take everything I worked 17 years for,” he said. “I can't get into certain things. I gotta stay grounded, focused and locked in on the task at hand. And the task at hand is Jeison Rosario.”

Williams has been a unified world champ since May and said “a little bit more notoriety” is the only way his life has changed. But Williams said he went from being an underrated and underappreciated contender to an underrated world champ — and he hopes it stays this way.

“Maybe not in this fight, but just in general I think I'm severely underrated, extremely underrated,” Williams said, “but I'm gonna prove naysayers wrong with every fight.

“The one thing I could do is when I get the big fights, shut everyone up,” he said. “I feel like I'm a big underdog going into every fight. I love when people say they think I'm going to lose. I love it.”

Williams (27-1-1, 1 no contest, 16 KOs) isn’t an underdog in this fight against Rosario, but he may very well be relegated back to that status if given the chance to unify against a fellow junior middleweight titleholder such as Jermell Charlo (WBC), Patrick Teixeira (WBO) or Erislandy Lara (WBA “regular”).

To get to that point, Williams must first defeat Rosario convincingly. Before last May, Williams had a shot to become junior middleweight champion back in December 2016. But instead of a new champ’s coronation, Williams wound up on the canvas and unable to recover from a crunching right uppercut that gave Jermall Charlo a fifth-round KO and resounding IBF title defense.

The bout serves as the lone defeat on Williams’ pro ledger. Williams showed great fortitude in returning to action and stringing together four victories, before earning another world title shot last May — and this time making it a win.

Through the trying ordeal, Williams believes he now has the experience to fight and defend his own world championship. Not only would he like to do that with consistency, but the IBF/WBA unified champ has another goal in mind for 2020 and beyond.

“My main motivation is to be the pound-for-pound best fighter in the world,” Williams said. “I think I have the ability to do it. That's what I'm shooting for.”