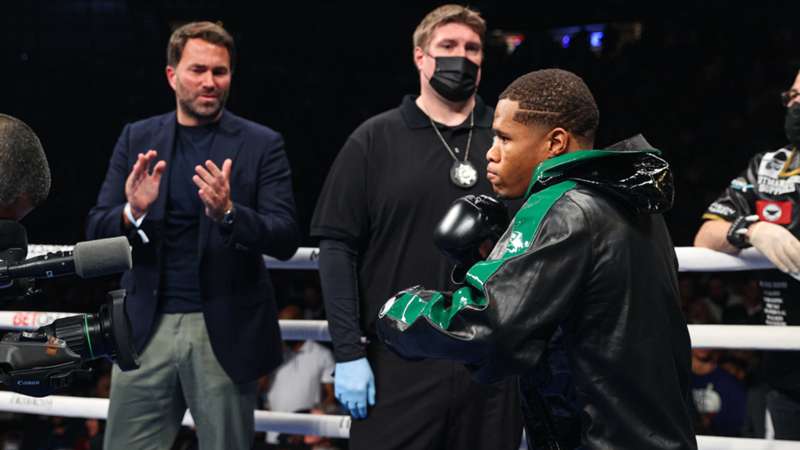 Devin Haney is in Australia to face the biggest test of his career.

Devin Haney will emerge victorious following his lightweight battle with George Kambosos Jr. this weekend. That’s the verdict of Eddie Hearn, Haney’s former promoter, who will be cheering on the American fighter when he fights in Australia with every belt at 135lbs up for grabs.

Haney has been dealt a massive blow throughout the build-up with his father, Bill Haney, being unable to fly due to his conviction record. Haney will be cornered by Yoel Judah, who has years of experience after taking his own son, Zab to the top.

Despite the numerous setbacks heading into his biggest fight, Haney has been backed to perform well by Hearn.

“You got to respect Devin Haney because he had to take this deal to get this fight,” said Hearn when speaking to IFLTV.

“He’s got no promoter and he’s got no help. His dad couldn’t get into the country. This is something you’d expect a promotional company to deal with in that respect. You’ve got a depleted corner, and he’s in George Kambosos’ backyard.

“Devin is very strong mentally. So, all those things I mentioned, I don’t see him being affected by all of that. My worry is that Kambosos’ work rate and the noise of the crowd will allow him to win and steal rounds. I believe Devin Haney will win the fight, and hopefully, he can get the decision. I love George and respect him, but obviously, I’m rooting for Devin Haney.”