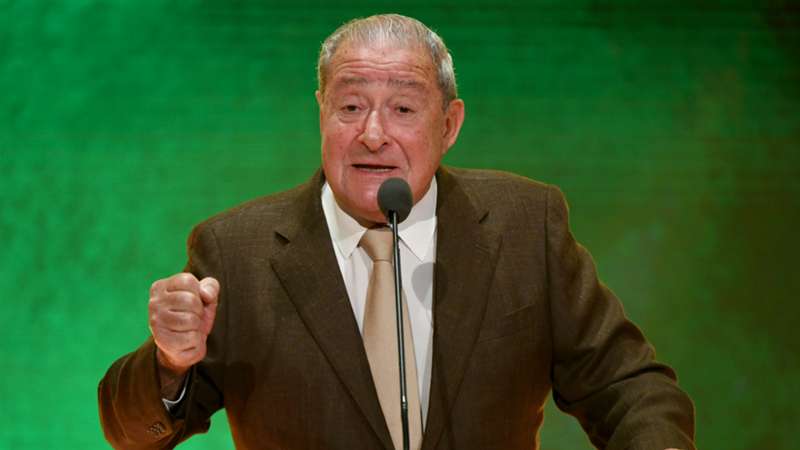 The fallout from Joshua vs Fury continues.

Matchroom head Eddie Hearn has continued his war of words with Top Rank’s Bob Arum, but accepts it is all part of doing business.

Arum has recently accused Hearn of being at fault for the collapse of the Tyson Fury-Anthony Joshua fight, seemingly overlooking the loss of an arbitration case that forced Fury back into the ring against his previous opponent, Deontay Wilder, despite Arum's continued claims Wilder had no case.

That has led Joshua to line up a clash with Oleksandr Usyk, his WBO mandatory opponent, which Hearn expects this September.

Speaking to the DAZN Boxing Show, Hearn set his stall out regarding Arum.

“The one thing about Bob is he would literally sell his soul to the devil,” he began.

“He would work with anyone regardless of what they would say to him. I’m a bit ruthless too, I’m more than happy to get on the phone with Bob Arum today and have a chat, I wouldn’t even mention what he said.

“But when he wants to fire shots at me, I feel like I have to stand my ground. What he said was, ‘Eddie messed this deal up, he was being greedy.’

“The truth of the matter is we agreed what we should propose to the Saudis in terms of the financial elements of the deal. Everybody approved it and I went and I sold it to the Saudis and they approved this deal.

“There were never any changes, there was never anyone trying to get more money. He’s just lying but it’s taken him three weeks to start speaking on it. You’ve only got to speak to anyone with half a brain - they completely messed this up.

“But it is what it is, it’s over, and we have to concentrate on what’s happening now. Nothing like egos or bad blood, we'll make the fight tomorrow.”

Hearn then referenced some of Arum’s previous combative behaviour, citing his comments on fighters Terence Crawford and Teofimo Lopez.

“He’s unbelievably, live on air, said he’d rather buy a house in Beverly Hills than put on a fight with Terence Crawford,” he said.

“This is a guy who called his own champion [Teofimo Lopez], a wannabe fighter. All this guy cares about is money, but that’s OK.”