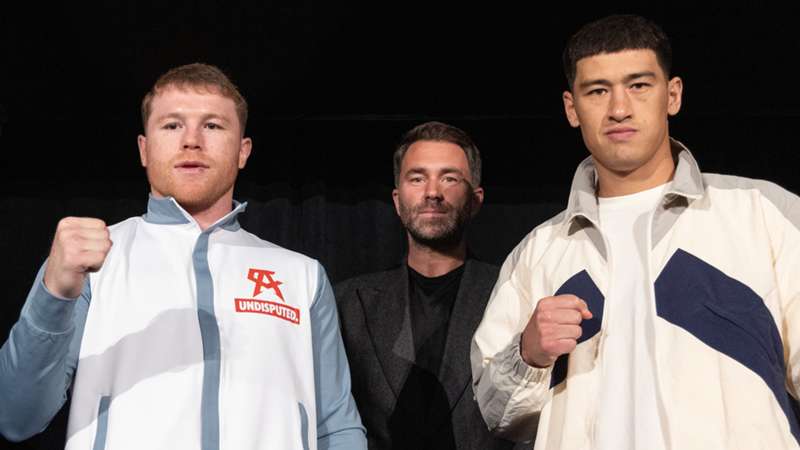 Eddie Hearn gave an update on negotiations during his appearance on The DAZN Boxing Show.

Saul 'Canelo' Alvarez is keen to write the wrongs against WBA light heavyweight champion Dmitry Bivol with a rematch between the two currently being negotiated.

Canelo Alvarez was beaten convincingly by Bivol on points when the pair met last year, and if a second fight was to take place, it's likely that the contest could take place at super middleweight where Canelo Alvarez is the undisputed champion according to promoter Eddie Hearn who represents both fighters.

"Firstly, the Bivol fight is not done, but obviously representing both fighters we have got a good chance of getting that made," Hearn responded when asked by The DAZN Boxing Show to give an update on negotiations between Canelo Alvarez and Bivol.

"The key for Dmitry Bivol is ‘are you happy to take that fight at 168?’. The initial feedback is ‘yes’, he’s got the chance to be undisputed out the blue at 168, some might even make him a favourite going into that fight after that last performance.

"Canelo Alvarez still wants to fight in May, the plan is still for it to be against John Ryder, there are some other options on the table as well."