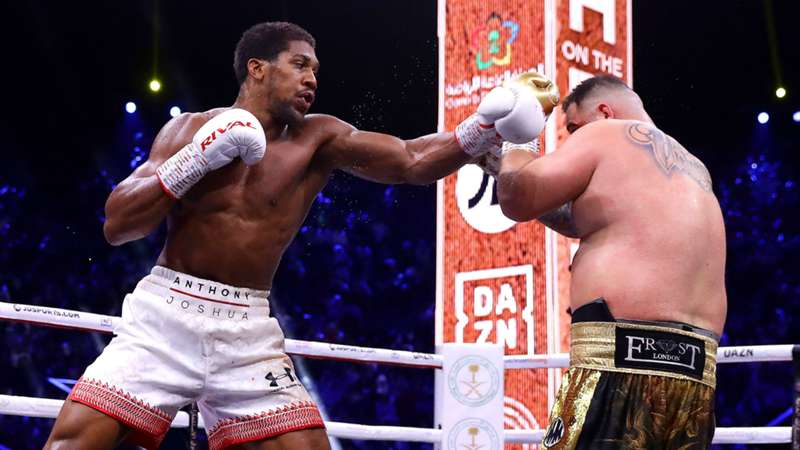 The Matchroom promoter was not ready to make the same mistake twice.

Eddie Hearn gave Andy Ruiz Jr. short shrift when the American asked if he could set up a trilogy fight with Anthony Joshua.

Ruiz stepped in to defeat Joshua in an upset when the pair met for the first time, only for the current three-belt champion to win back the IBF, WBA and WBO belts when they met in Saudi Arabia at the end of 2019.

Joshua most recently fought Kubrat Pulev in a mandatory defence and was expected to move onto an August bout with Tyson Fury to decide the title of undisputed heavyweight champion. However, Fury lost out in an arbitration case to Deontay Wilder for his own third match-up, and the pair will now fight in July.

That meant that the WBO stepped in to confirm Joshua could not wait any longer to take on their mandatory, Oleksandr Usyk.

He was linked with Dillian Whyte, and also another fight with Ruiz. On an appearance on Mike Tyson’s "Hotboxin" podcast, Ruiz explained what happened when he put the suggestion to Joshua’s promoter Eddie Hearn.

“I messaged Eddie Hearn,” he began.

“I told him, ‘Hey, what’s up with the trilogy, me and Anthony Joshua?’

“The only thing he wrote was worried faces and, ‘Deja vu.'”

Usyk and Joshua are now set to fight in September at Tottenham Hotspur Stadium.