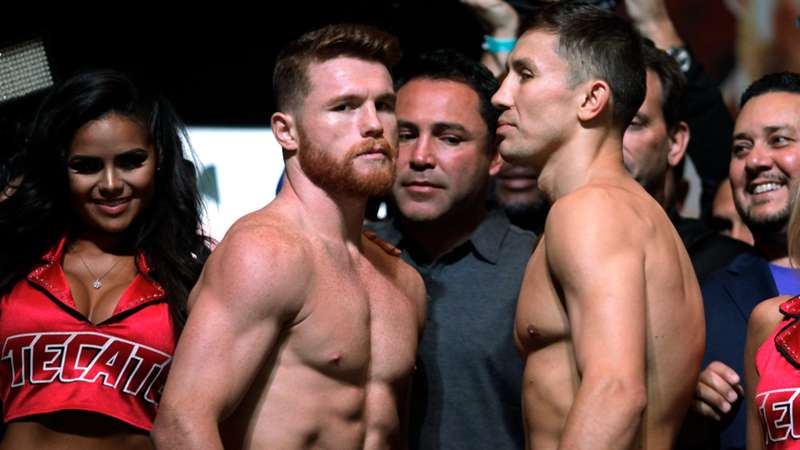 Canelo and Golovkin will meet for a third time this year if they both get past tough tests in the coming months.

Eddie Hearn is expecting an exciting build-up if Canelo Alvarez and Gennadiy Golovkin meet for a third time in 2022.

It was recently announced that the long-time rivals will partake in sperate fights this spring with Canelo taking on Dmitry Bivol while ‘GGG’ faces Ryota Murata in Japan. If both fighters emerge victorious, the plans are for Canelo and Golovkin to clash at 168lbs in September.

The first bout between the pair in 2017 ended controversially when the result was announced as a draw with many believing Golovkin had done enough. Their second contest the following year was a closer affair with Canelo getting a narrow win.

Golovkin is eager to prove that he can beat his Mexican nemesis and Hearn is expecting fireworks before the first bell goes.

“I’m telling you now, the build-up to Canelo vs. GGG 3 will be unbelievable,” said Hearn when speaking to FightHype.

“They can’t stand each other.

“In the past, they never really wanted to say anything, but now they don’t really care what they say. I want both guys to look great as it builds up towards the biggest fight in boxing.”