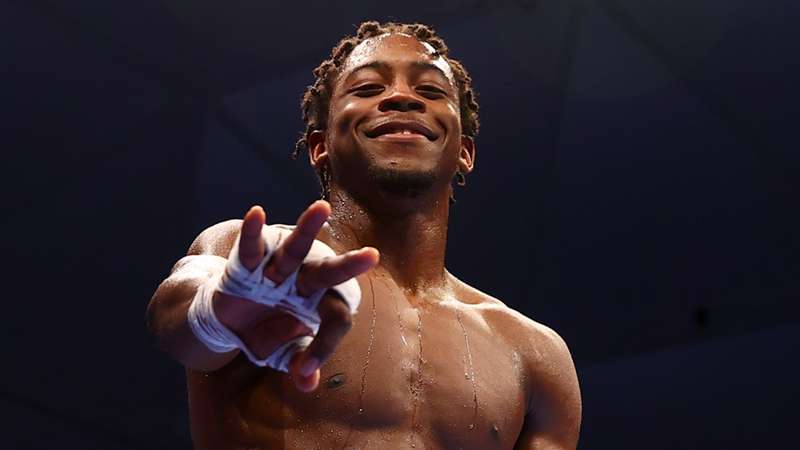 These boxers can stamp their card as future stars of the sweet science.

The 2020 Tokyo Olympics are here with boxing poised to be a big hit. That being said, DAZN News is tabbing the following five boxers to watch as we expect these fighters to make a splash at the Summer Games and beyond.

There's a reason why Shakur Stevenson has gone out of his way to speak Davis' praises. Like Stevenson, Davis is a skilled boxer with a balanced package of speed, accuracy and power that could very well be enough to capture the gold for the United States at lightweight. What's best is we've already gotten glimpses of Davis's potential, considering he's 3-0 as a professional, having been allowed to compete in the Olympics in a jaunt he cannot wait to begin.

Davis launches his Tokyo competition by taking on Enrico Lacruz from the Netherlands on Saturday.

Already a light heavyweight gold medalist from the 2016 Olympics, La Cruz returns for more in the 2020 Olympics, seeking gold at heavyweight.

What makes the 31-year-old special is his penchant for dropping his gloves and potshotting and counterpunching opponents, while equally frustrating them with a slick defense as he evades harm with plenty of style points. The same tactics have cost him bouts before, too, but La Cruz always puts on a show along the way. Having tasted gold five years back, an encore performance would tantalize boxing fans worldwide as La Cruz is simply as unique as you'll find a fighter in the sweet science today.

His quest to double up on gold medals begins Tuesday with a tilt against Kenya's Elly Ochola.

Like La Cruz, Zoirov is trying for another gold medal. The Uzbekistani fighter captured gold in the 2016 Rio Games at flyweight and is seeking another deep run in the division this year.

There's plenty to like in this 5-6 1/2" package of dynamite, whether it's lightning-quick combinations or fancy footwork as he dances around the ring while accumulating points. His final bout of the 2016 Olympics also had Zoirov proving that when all else fails that he's more than willing and capable of putting together a scrappy fight to get the edge.

Can he repeat by delivering another gold medal? His trek in Tokyo begins Sunday against Turkey's Batuhan Ciftci.

A gold medal performance at the 2019 World Championship demonstrated that Price is as astute of a boxer as she was a former international footballer for Wales.

Sometimes it's as simple as the company you keep. Just ask Marcial. After a silver medal finish at the 2019 AIBA World Boxing Championships, the Filipino middleweight caught the eye of his fellow countryman, the legendary Manny Pacquiao.

The boxing icon signed him to his MP Promotions and Marcial debuted as a professional boxer in December with a four-round unanimous decision over American, Andrew Whitfield. Like Pacquiao, Marcial is also trained by Freddie Roach.

Just imagine the pride the 25-year-old Marcial would conjure with a stellar Olympic outing at middleweight.